The Anatomy of the Cannabis Plant in Ohio 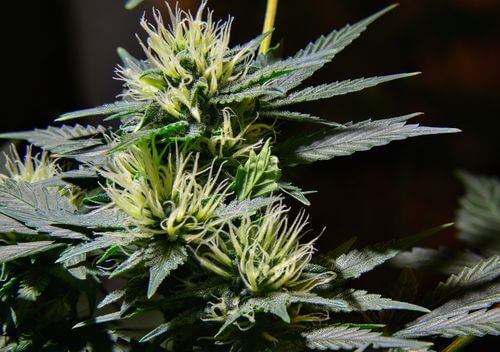 The Anatomy of the Cannabis Plant

The Cannabis sativa L. plant, or more commonly known as “marijuana” is recognized around the world by its infamous flowers and leaves, but there are many more parts to it than that. Medical marijuana companies are using the entire plant for extracting and processing so it’s important to know the different components of it.

Just like humans, the marijuana plant can be male, female, and even hermaphrodites (having the reproductive parts of each sex.) Depending on the sex of the plant, the anatomy of the plant will vary.  The male plants pollinate the females to start the seed production, but they do not produce the buds like females do when they flower. In regard to growing for mass production, male plants are not desirable because once they pollinate the female plant, the female plant ceases resin production, hindering their growth potential. Most of the focus is on the resin-bearing female plant because it is what produces the usable medicinal flowers.

The main identifying parts of the plant that show the sex are the “pre-flowers.” They begin to develop four weeks into growth, but time can vary depending on the sprouting phase. For males they are pollen sacs and females have stigmas that will can either catch or spread polled if fertilization is possible.

The roots are the lifelines of the marijuana plant. When a seed is germinated, the first thing that emerges is the tap root. This root begins to grow downward to find nutrients and moisture that is essential for growth. The tap root eventually starts branching off into multiple fibrous roots, which extend outward expanding the underground network of the plant. The third type of root is known as the adventitious root, which are very thick and are used when taking cuttings to clone. [A]

The roots have three main purposes: [A]

Cannabis emerges from one single stem that stalks and leaves from there. The stem is the supporting weight of the plant and contains the vascular system that carries the water and nutrients from the roots to the leaves. Branching occurs in pairs from a leaf node on either side of the stem and depending on the type of plant the distance between the branches will vary. This distance, known as internode spacing, is typically shorter in indica-dominant plants compared to sativa ones. [B] Cutting and training is done close to nodes and once the nodes start to grow alternately it signals that the plant is mature and ready to flower.

Each and every marijuana plant, whether male or female, will have an abundance of leaves. They are fan shaped and can also be an identifying factor of the variety of the plant. Their purpose is to collect sunlight for energy and to shade the buds from harsh light. Most commonly recognized are the five-finger fan leaves, but these leaves can have many more than five fingers. While they are not appealing to those looking to smoke the plant, they can be used for juicing, infusing for cooking, tea, and compost. [C]

If the plant is capable of flowering, the first part that is formed is the calyx. The calyx protects the plant and provides the flower with a strong base. Both male and female marijuana plants have a calyx and it is the part of the plant that are richest in trichomes. Depending on the strain they can have different shapes and color due to the varying genetics throughout the plant species.

The calyxes form little pistils that grow hair like structures called stigmas that first appear as white but can change into other colors like orange, red, and brown.  The purpose of these stigmas are to attract male plants for fertilization but when left unfertilized, the female plant can focus primarily on flowering.

As the buds grow, they begin to pack together forming colas. The goal of cultivation is to get big colas that are dense with trichomes. The trichomes are the sugary-looking resin glands that protect the plant from pests, but they also contain the cannabinoids, flavonoids, and terpenes that make each strain unique.

The Plant as a Whole

Overall, each and every component of the Cannabis sativa L. plant plays an important role in the developmental process. While they all individually have distinct roles and can be used separately, they work together seamlessly to provide the medicinal benefits the species has to offer.