The Benefits of Taking a Cannabis Tolerance Break 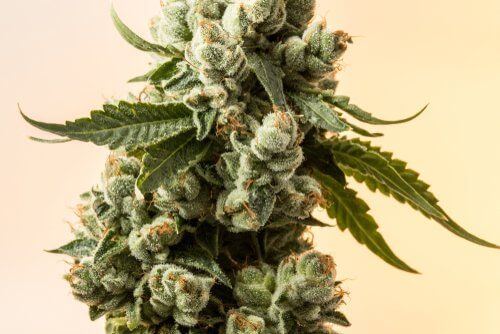 The Benefits of Taking a Cannabis Tolerance Break

Patients who are new to medical marijuana, or those who only use it occasionally do not require high dosages to feel the effects. Over time, and for those who use cannabis regularly, the body begins to develop a tolerance. As such, higher doses are needed to achieve the effects that were felt in the beginning. Read on to learn about what causes tolerance, how to manage it, and how tolerance breaks can help.1

The Science of Tolerance to Cannabis

Tolerance to cannabis happens when the brain adapts to the continual presence of cannabinoids, so that in order to feel the effects of the first dose, higher amounts are needed. Simply put, the body becomes somewhat resistant to cannabis over time, requiring higher doses to get high. Other substances, like caffeine, work in the same way. The scientific term for tolerance is “downregulation.”1 Essentially, downregulation happens in a process between cannabinoid receptor type 1 (CB1) in the brain and the main psychoactive chemical compound of cannabis, Δ9-tetrahydrocannabinol (THC). Measurement of this interaction occurs in terms of the availability of CB1 receptors, such that, less receptors are “available” when high levels of THC are present (and vice versa).3 To study this interaction, scientists who began laboratory testing in rats found downregulation is reversible. Further testing on males aged 18-35 was conducted through the use of positron emission tomography imaging and proved that humans who chronically use cannabis show signs of downregulation in the cortical regions of the brain.2 A one month trial to test the effects of abstinence from cannabis compared CB1 receptors in heavy users to those of non-users. The study demonstrated that, after two days, differences in the density of CB1 receptors between the two groups were no longer evident, though chronic users experienced withdrawal symptoms. After 28 days, there were virtually no differences between the two groups.3 Therefore, tolerance to cannabis, as proven by science, is quickly reversible. While it is known that CB1 receptors are heavily populated throughout the brain, with the highest densities found in the cingulate cortex, hippocampus, basal ganglia, and the molecular layer of the cerebellum, “the exact role of CB1 receptors in the development of tolerance and withdrawal in humans is unclear.2

How Can I Avoid Developing a Tolerance?

Since several factors play a role in how tolerances develop, such as dosages, frequency of use, and body mass index, no two people will experience it in exactly the same way. Regardless, all human bodies become tolerant to cannabis relatively quickly.1 Tolerance generally begins after just one week of frequent cannabis use, especially when consuming products high in THC. As mentioned, those who develop a tolerance generally need to use more cannabis to achieve the same effects felt when they first started using it. Current scientific research defines this cycle as a dependency, rather than an addiction. In that case, stopping the use of cannabis presents less of a challenge than stopping the use of addictive drugs like opioids. That said, the first step to avoiding tolerance is to determine the reason for overuse of the drug. It is always recommended to follow your doctor’s recommendation on how to properly treat any medical condition, and that includes using cannabis in the proper amounts.4

How and When Should I Take a Tolerance Break?

Deciding when to take a tolerance break is unique to the individual, but it should begin with a personal intention. Those who gain the most from a tolerance break do so because they have decided to do it for themselves, rather than bend to the expectations of a friend, partner, spouse, or family member. Second, choose a date range during which to abstain and stick to it. Having a set number of days in mind helps build the will-power for commitment to the task. Third, since moral support can be important, invite others who are ready to take a tolerance break to do it as a group. Perhaps involve a bet or other motivating factor to help the group stay committed. Third, understand that taking a break isn’t the only way to “reset” the body’s tolerance of cannabis. A non-psychoactive cannabinoid, CBD can help by providing a feeling of relaxation to aid in reducing one’s use of THC. “One study suggests that CBD can help limit the rate at which THC binds to CB1 receptors. As a result, CBD can potentially reduce the high and support a quicker recovery.5 Either way, after a few days of abstinence from THC, most people generally start to notice its more profound effects returning. Abstaining for a week or two is recommended for those who want to truly break the cycle of downregulation and change up their routine. It’s easy to tell when the tolerance break has run its course. A good sign is when the mind seems clearer and the body has adjusted to the way it felt before THC was introduced. Lastly, those who want to cleanse the body completely should abstain for longer periods, since THC and other cannabinoids can remain in the system for longer than 30 days.6