The Dangers of Combining Marijuana and Alcohol in Ohio 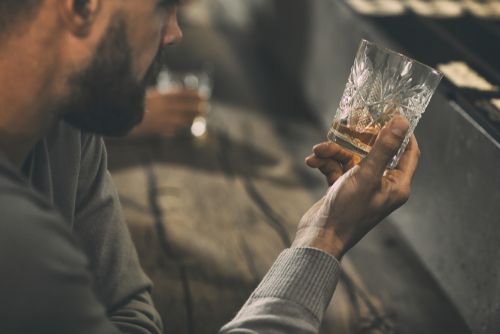 Two of the common drugs used in the United States are marijuana and alcohol. Though many people prefer to use the drugs separately, there are many situations where both end up being used at the same time, whether accidentally or on purpose. However, using the two at the same time can have a variety of serious and unexpected consequences, such as decreased judgment, increased overdosing potential, and increased susceptibility to the effects of THC. Now we will go over how marijuana and alcohol affect the body and mind, what can happen when too much of either is consumed, and what can happen when they are used at the same time.

Marijuana binds to many receptors found in both the brain and body. Some of these are specific receptors, part of the endocannabinoid system, called cannabinoid receptors. Chemicals found in marijuana can also affect dopamine receptors, serotonin receptors, and other important neurotransmitter receptors in the body. Marijuana has been found to work as both a stimulant and a depressant (Murray, 1986). This is due to the ability of different chemicals in marijuana to bind to so many different receptors, resulting in both increased heart rate and elevated mood, while also causing dizziness and short-term memory loss.

Alcohol shares some interesting similarities to marijuana, such as it can also be both a stimulant and a sedative, depending on the amount ingested. As a sedative, it suppresses the central nervous system, and can cause slurred speech and difficulty balancing. When only a moderate amount is consumed, however, it can act as a stimulant, making you feel energized and more sociable. These different effects are also due to alcohol’s affinity for multiple receptors in the body, including GABA and dopamine receptors.

In the short term, both marijuana and alcohol has well known consequences for over-consumption. For alcohol, this is called a hangover, and is a result of many of the physiological effects alcohol has on the body. As an example, alcohol acts as a diuretic, causing the kidneys to reabsorb less water and leading to dehydration. Alcohol has also been known to prevent deep sleep, leading to a difficult morning.

Consuming too much marijuana at once can lead to another set of problems. Soon after taking too much cannabis, you could experience “greening out”, and it is characterized by feelings of panic, shakiness, and nausea among other things. Some users also claim to suffer from marijuana hangovers after using too much, and describe it as feeling groggy, nauseous, and achy.

Both greening out and the marijuana hangover seem to be caused by THC. THC, known as Tetrahydrocannabinol, is the cannabinoid responsible for making you feel high when using certain strains of marijuana. THC binds to the cannabinoids in the body and can cause overstimulation at high concentrations.

Those who use both at the same time also claim they can feel the effects of marijuana quicker, and this seems to be the case. Higher blood concentrations of THC have been found in those who drank alcohol before smoking than in those who did not drink (Lukas, 2001). This could mean that alcohol can increase the rate of absorption, and therefore increasing the effect of THC. Those who both drank and smoked also claimed to feel the effects of the marijuana sooner.

This could also be due to the blood vessel dilation caused by ingesting alcohol. In moderate amounts, alcohol causes blood vessels to expand, which is also the reason some people feel warmer after drinking. This increased blood flow may bring more THC to the brain faster, resulting in the stronger effects. Because of this, though, you may also be at risk of some of the more dangerous effects of marijuana.

When combining alcohol and marijuana, you are at greater risk of overdosing from either one. While overdosing from marijuana hasn’t yet been fatal, it can lead to injury due to loss of balance, memory, or other risky behaviors. On the other hand, overdosing on alcohol has proven fatal. Some research also suggests that those who use both marijuana and alcohol are five times more likely to develop an alcohol use disorder (Columbia.edu). Of those who already had an alcohol use disorder, those who did not use marijuana were much more likely to recover.

Both alcohol and marijuana produce a variety of effects on the human body. When combined, these effects can become both stronger and much more unpredictable. Because of the strength of the drugs when combined, the likelihood of both injury and overdose increases significantly. Mixing can also lead to very dangerous long-term effects such as dependence and chronic misuse. Combining these drugs, especially when marijuana is used for a medical purpose is not recommended and is very dangerous.