The Endocannabinoid System: What Is It & How Does It Work in Ohio? 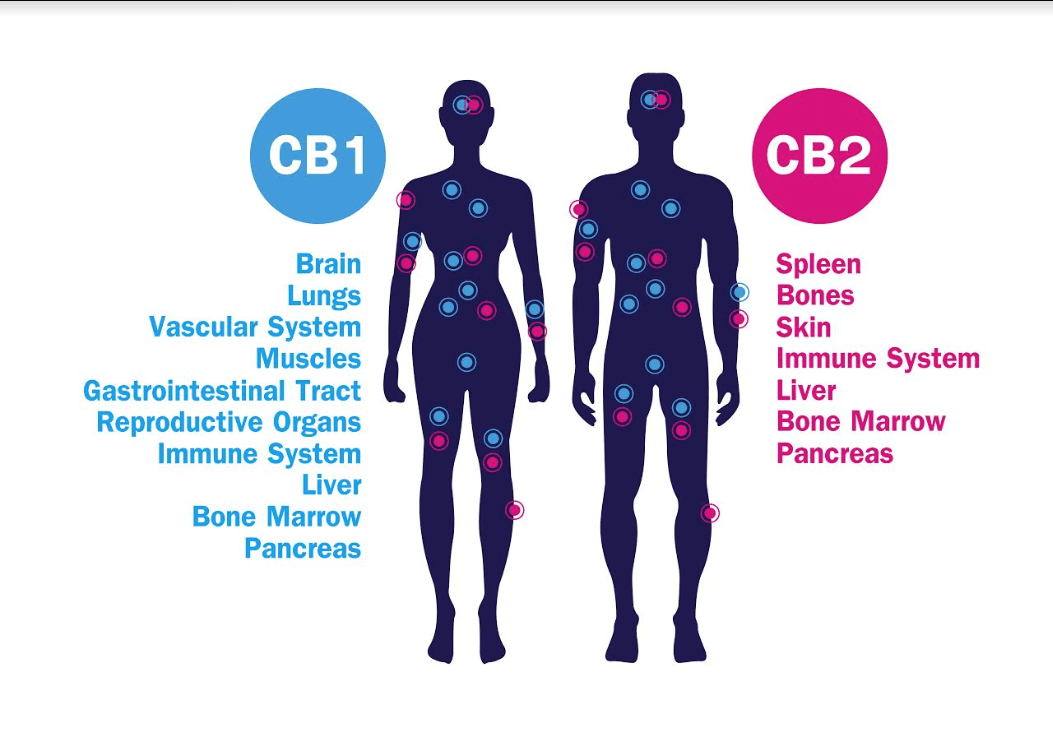 Recently, marijuana has become a huge talking point for scientists, physicians, and politicians alike. Public support for medical marijuana is at an all-time high and research on therapeutic uses for the plant is rapidly progressing. Today’s modern view on the drug seems a far cry from the past, and much of this can be attributed to the breakthroughs in medicinal uses and applications of marijuana, one of the biggest and most radical of which was the discovery of the endocannabinoid system and its effects. In this article, we will look at what the system is, the effects it can have across the body, and where research on the system is going.

What the Endocannabinoid System Is

The cannabinoid receptors are a trans-membrane protein, meaning that the protein binds to molecules outside of the cell and send signals through the inside of the cell. Both CB1 and CB2 receptors have been linked to many important pathways in the body, and their effects can differ depending on which endocannabinoid is binding to which receptor.

What the Effects of the Endocannabinoid System are

The endocannabinoid system has been found to have numerous effects across the body, affecting both physical and mental processes. Some of these processes include effects on the immune system, neurodegenerative processes, and tumor growth.

The cannabinoid receptors’ location in the immune system has provoked extensive research. It has been shown that CB2 receptors are produced on many types of immune cells and can have a wide variety of effects on these cells (Galiègue et al., 1995). These effects have become clearer over time, and includes inducing movement of immune cells, suppressing the expression of immune cells, and causing immune cell death (Basu et al., 2011; Lombard et al., 2007). These discoveries have led to the proposal of targeting the endocannabinoid system for rheumatoid arthritis therapy and treatment of certain kinds of neuropathic pain (Lowin et al., 2019).

Cannabinoid receptors also have a profound effect on the mind. When activated, they can promote the development of cells in parts of the brain, regulate hunger, and induce sleep depending on the pathways they activate. These pathways can also oppose each other. Returning to the endocannabinoid system and hunger, for example, there is evidence that food intake can be increased or decreased depending on the chemical activating the receptor.

Where Research is Heading

Recent studies have shown promise in slowing growth of certain types of cancers, easing symptoms of MS, and combating Parkinson’s disease. A recent study in rats has shown that activation of the CB2 receptor can lead to a reduction in the plaque commonly found in Alzheimer’s patients (María Tolón et al., 2009).

In summary, the endocannabinoid system is a combination of the endocannabinoids produced in the body and the cannabinoid receptors. Its effects are far-reaching and varied and is a possible target for many different clinical and therapeutic processes. Researchers are currently working on the mechanisms and actions behind the effects and ways to modify and control it.