The Relationship Between Cannabis and Estrogen in Ohio 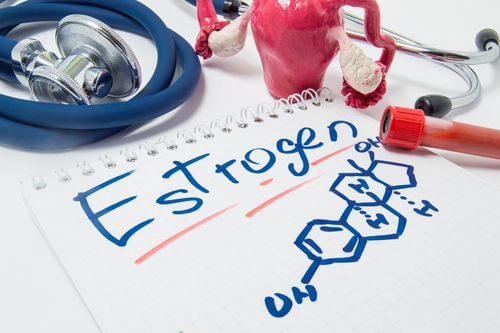 Medical cannabis is being used more and more every day throughout the world to treat different ailments and symptoms. In Ohio, there are many different conditions that can qualify a patient for their medical cannabis card. By taking our free online eligibility survey you will be able to see if you pre-qualify for a medical cannabis recommendation in the state of Ohio.

From epilepsy to irritable bowel syndrome and everything in between, medical cannabis is offering relief. But why exactly is it offering relief and do hormones cause any type of impact on the relief you get?

It turns out, your body produces natural cannabinoids, called endocannabinoids, that play a vital role in maintaining your health. If you are ready to see if medical cannabis is right for you, schedule an exam with one of our Ohio Medical Marijuana Doctors. If you have any questions you’d like to ask prior to scheduling an exam, speak with a DocMJ Patient Care Coordinator at (877) 899.3626.

Within the human body, different systems work in unison to maintain the state of homeostasis. Homeostasis, which is the process to maintain a healthy equilibrium of all of these systems, is the overall goal of the ECS. The endocannabinoid system works to maintain this balanced state by using cannabinoid receptors that can be found within other systems.

When there is an imbalance detected, the body will naturally synthesize endocannabinoids to interact with these receptors, which in return will stimulate a response that will work to maintain homeostasis once again.

Dr. Russo suggests that a person having these deficiencies could explain why supplementing cannabinoids from medical cannabis were effective in offering symptom relief. While more research needs to be done, this theory can open the door for more ways to treat different conditions.

The Battle of the Sexes

Generally speaking, women are more strongly affected by cannabis than men. For instance, cannabinoids contribute to better pain relief in women and they also elevated female rodents’ sexual behavior. In comparison, it suppressed libido in the male rats [4] Men, are also more susceptible to the “munchies” effect!

Women have higher tolerances for THC for a few reasons. One being that THC is lipophilic, meaning it attaches to fat cells, and women tend to have higher body fat percentages than men. This means that higher amounts of THC are going into the fat cells and being stored there rather than being absorbed into the bloodstream. As a result, not as much THC enters the receptors in the brain which gives the “high” effect.

Another reason is due to a hormone that is more prevalent in women than in men: estrogen.

The Relationship Between Cannabis and Estrogen

A recent study conducted by Professor Rebecca Craft of Washington State University, confirms that the female body absorbs cannabis differently depending on estrogen levels. [6] Specifically, during estrus faze, or the part of the cycle when a woman ovulates, there was an apparent spike in drug sensitivity. During this phase, your ovaries produce more estrogen which then, in turn, increases sensitivity levels, including that of THC.

The Relief You Deserve

Overall, more research must be done in order to fully understand how cannabis affects the endocrine system and hormone productions. Nonetheless, there are studies that show cannabis may be beneficial to certain disorders that are affected by hormone levels, inflammation, and nerve disorders.

If you suffer from one of the many conditions that qualify a person for their medical cannabis recommendation and you are ready to take the next step to obtain the relief you deserve, schedule an exam with one of our Ohio Marijuana Doctors today!