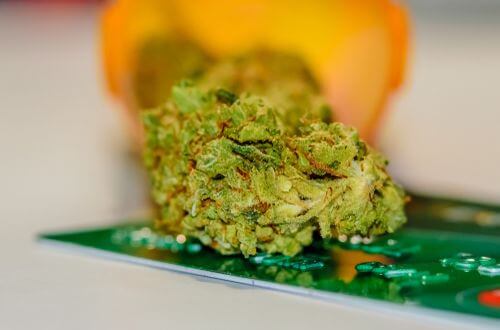 Marijuana being used as medicine is not a new thing. Chinese, South American, Indian, and other civilizations have, or still use, marijuana to treat many ailments. Even in the United States, tonics and extracts were sold in pharmacies as recently as the early twentieth century. In modern times, though, the laws, forms, and procedures surrounding marijuana can be confusing, so we will break down everything you need to know to get started.

How Do You Get a Medical Marijuana Card?

We will start with the basics. To start, a patient must be diagnosed with a qualifying condition by a certified medical marijuana doctor. The qualifying conditions in Ohio are: AIDS, amyotrophic lateral sclerosis, Alzheimer’s disease, cancer, chronic traumatic encephalopathy, Crohn’s disease, epilepsy or another seizure disorder, fibromyalgia, glaucoma, hepatitis C, inflammatory bowel disease, multiple sclerosis, pain that is either chronic and severe or intractable, Parkinson’s disease, positive status for HIV, post-traumatic stress disorder, sickle cell anemia, spinal cord disease or injury, Tourette’s syndrome, traumatic brain injury, and ulcerative colitis. More may be added in the future, but these are the current ones.

Be sure to bring a valid ID during the visit as well, or you will not be able to get a recommendation. After receiving a recommendation, the patient will receive an email containing a link to the Patient Registry. After signing up and paying the registration fee, the patient can then download their medical marijuana card and may print it out for a hard copy. If the patient is under 18 or requires a caregiver, the guardian or caregiver must be present at the time of the recommendation and must also have valid ID. They must also sign up for the Patient registry and link themselves to the patient, themselves paying an additional fee.

How Does Medical Marijuana “Work”?

Marijuana produces many chemicals of its own, some of which, namely the phytocannabinoids CBD and THC, bind to your body’s cannabinoid receptors. This is how marijuana seems to have so many effects. The ECS is found all over the body, from the brain to the gut, and is vital to many bodily processes. For example, it was first discovered that many immune cells produce cannabinoid receptors [1]. This led to deeper research into the specific effects of the ECS on the immune system and eventually the proposal of ECS targeting as a means of rheumatoid arthritis therapy and treatment of certain kinds of neuropathic pain [2].

This general expansion of knowledge has led to some very exciting breakthroughs in the treatment of some key diseases. Cachexia, one of the prospective qualifying conditions that Ohio is currently considering adding to the list, and chronic pain are two of the most prominent. Both cachexia and chronic pain have been notoriously difficult to treat in medicine, likely due to their enigmatic causes and unknown underlying mechanisms. Luckily, it has been found that marijuana can help both. By increasing the body’s susceptibility to certain stimuli, patients with wasting syndrome (cachexia) are better able to gain weight and increase their appetite [3]. In patients with chronic pain, it is thought that by reducing inflammation and through other regenerative effects, medical marijuana may allow relief in certain users [4].

For more in-depth information on these and other qualifying conditions and other uses for medical marijuana, check out the other great posts on the DocMJ blog!

What Forms of Medical Marijuana are available and What Do They Do?

Ohio currently has many dispensaries open with more to come, all of which will offer at least one of the following forms of marijuana: plant matter, tinctures, edibles, oils/concentrates, and patches. Here is a quick rundown of what they are and their benefits.