These Celebrities Use Medicinal Cannabis in Ohio 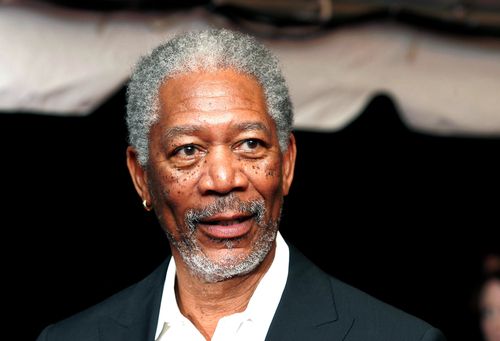 Support for medical marijuana has reached incredible heights. Since 1996 when California became the first state to legalize medical marijuana, over thirty more states have followed. With continued research and publicity, patients now have access to high-grade medical marijuana that can help with a variety of illnesses and diseases. During this wave of support, many high-profile celebrities have come forward to voice their opinions. This post will specifically take a look into a few that have gone public with their support and use of medical marijuana.

Likely the least surprising member of this list, Snoop Dogg is absolutely one of the most notable and famously vocal supporters of marijuana in nearly every form. Snoop has invested in the growing business side of marijuana, backing medical marijuana companies and even co-founding his own operation, Leafs by Snoop in 2015. Since then, his products have begun distribution through Canopy Growth Corporation in Canada.

Another legendary entry, and one half of the famous Cheech and Chong duo, Tommy Chong is a long-time user to say the least. Medically, he has used marijuana to help fight prostate cancer, later using it in conjunction with chemotherapy when the cancer unfortunately resurfaced.

Marijuana and cancer is one of the most studied, and promising, combinations to come out of the research push. There have been countless innovations, in both treatment and therapy, that have helped many patients during their fight, with one of the most common uses of marijuana among cancer patients being a way to lessen the nausea and vomiting (CINV) that can accompany chemotherapy. In some cases, antiemetics can actually make patients feel worse by keeping them from vomiting. Marijuana, on the other hand, has been found to help reduce nausea itself, allowing for a deeper relief overall.

Links between medical marijuana and glaucoma treatment have been previously investigated with some measure of success. Glaucoma is caused by damage to the optic nerve, which is the nerve bundle responsible for transporting information from your eyes to your brain. This damage can be caused by high pressure within the eye itself, known as intraocular pressure. Alongside vision problems, headaches are another common symptom. In both cases, marijuana has been shown to help [1], explaining why Whoopi has claimed she has been able to replace her pain-relieving pills with marijuana.

The famous actor is no stranger to medical research. As founder of his own Parkinson’s Foundation, Michael J. Fox has come forward as a supporter for both medical marijuana and further research. There has been large amounts of work done on how medical marijuana can help those with Parkinson’s disease. Though current research regarding a cure is still overall inconclusive, a large number of users have described a marked increase in their quality of life after using medical marijuana, with benefits including improved sleep, mental health, and dyskinesia. Other research into possible benefits has also shown that marijuana may have neuroprotective effects on the brain through antioxidant and anti-inflammatory pathways.

Fibromyalgia is a common condition characterized by widespread chronic pain. Unfortunately, the cause of the disease remains unknown. Interestingly, though, some research has suggested that FM is tied to a deficiency of endocannabinoids, meaning that the natural cannabinoids produced by the body are either low in numbers or completely absent, leading to further research into marijuana as a possible therapeutic agent. Other studies on FM and marijuana have found that marijuana increases the quality of life in its users with FM, including improved mood, and less overall stiffness and anxiety [2].