These Foods Will Improve Your High in Ohio 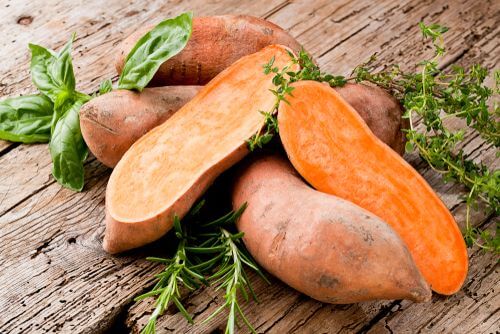 These Foods Will Improve Your High

Most people who use cannabis seem to think it makes their food taste better, but did you know certain foods can create a better high? Believe it or not, we owe this to science! Many know that marijuana can increase appetite, yet some do not realize there are studies to prove why this happens. Read on to learn more on this and about 7 foods that scientifically improve your high [1].

If you’re wondering if an Ohio medical marijuana recommendation is right for you, schedule an exam with one of our Ohio marijuana doctors. Completing our eligibility survey takes only 5 minutes. Find out if you pre-qualify for a recommendation today!

The endocannabinoid system in the brain has been found by neuroscientists to respond to marijuana by sending signals that increase appetite, but also to activate the reward center and bring about a sense of euphoria when we eat. Maria Antonietta De Luca from the University of Cagliari in Italy led a team of scientists to investigate how THC induces pleasure when we eat. The study was recently published in the journal Neuropharmacology and looked at both salty and sweet foods, with sweet foods causing the greatest response to the brain region called “shell of the nucleus accumbens.” Even those who do not use marijuana experience a dopamine release within this region of the brain which prompts us to continue eating foods we like often. When consuming marijuana, THC causes more dopamine to be released. The end result? “Our brain’s endogenous marijuana system ordinarily modulates how good a particular food tastes to us; smoking marijuana simply enhances this natural mechanism of the brain” [1]. Here are some foods scientifically known to improve your high:

Sweet potatoes are one of the top foods that can improve your high. Vitamins E and B help create an increase of serotonin in the brain, and sweet potatoes are packed with these vitamins. They pair well with marijuana strains also known to lift moods, and are a good choice for those dealing with depression [2]. Also, since sweet potatoes are a carbohydrate and low in fat and protein, serotonin is released faster than from carbohydrate-free foods. Remember that eating protein and carbs together may block the production of serotonin [3].

Broccoli contains high levels of the terpene beta-caryophyllene. It is similar to other cannabinoids because it binds to CB2 receptors in the body. It works in conjunction with those other cannabinoids to reduce inflammation, pain, and depression. Eating some broccoli before using a mellow indica can help create a comfortable, but euphoric high [3].

When most people think of drinking tea, they picture a relaxed setting where they sip it from a warm cup. That feeling is enhanced when tea is enjoyed with marijuana. “The antioxidant catechin, which is responsible for many of the health benefits of tea, binds with the brain’s receptors for the cannabinoid that promotes feelings of peace and tranquility” [4].

Both eggs & nuts contain high levels of omega-3 fatty acids that diminish contributors to heart disease and help ease depression symptoms. The fatty acids bind to cannabinoids found in marijuana and move THC through “the blood-brain barrier” to create a sense of euphoria faster [5].

Mangoes are rich in vitamin A and contain the terpene myrcene responsible for the fragrance that mangoes have. The terpene goes directly into the bloodstream, acting as a muscle relaxant and mild sedative when combined with strong indicas [5][6]. Mangoes can increase how long a high lasts. A person can use cannabis before or after eating them and THC will still interact with the terpenes [6].

Herbs such as sage, thyme, and bay contain pinene, a terpene that acts naturally as a bronchodilator to open lung passages. Cannabinoid absorption is thereby increased because there is a greater surface area in the lungs. The cannabinoids pass from the blood into the brain faster so the effects are felt much faster and the high much longer [3].

Chocolate contains anandamide, the same chemical compound in marijuana that produces feelings of euphoria. Anandamide was discovered in 1992. It is the first known endocannabinoid found in the brain. Those who discovered it named it after the word “ananda” from the Sanskrit language, which means bliss. Eating chocolate while using marijuana will enhance feelings of euphoria [2].

Whether medical marijuana will help your condition depends on many factors best evaluated by a medical doctor. If you feel you may benefit from medical marijuana, the first step is to take our eligibility survey. In just 5 minutes, you could pre-qualify for a recommendation. An Ohio marijuana doctor can then determine if you qualify during an in-person exam. For more information, visit https://docmj.com/ohio/.