These Strains Will Give You Daytime Energy in Ohio 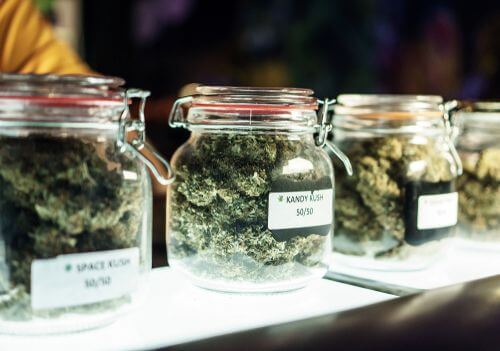 Marijuana is now legal, in one form or another in the majority of the United States. The overall view of marijuana has undoubtedly changed even over the past couple of years. Many people now view marijuana as having medicinal qualities and easy access to high quality marijuana has increased exponentially. However, for both new and experienced users, picking out certain strains can be confusing and even intimidating. In this post, we will look into marijuana strains, and which specific strains can help keep up your energy levels throughout the day.

If you live in Ohio and are considering getting a medical marijuana card, complete our online eligibility survey to find out if you pre-qualify for a recommendation today!

There are many ways to group marijuana strains. Some people prefer grouping by dominant terpene and others go by the bodily effects produced by the strain. However, the most common and widely known, but seldom understood, method of grouping is indica or sativa.

For most people, the grouping of indica or sativa can seem almost arbitrary, and it honestly almost is. Generally, sativa strains are considered to give uplifting cerebral highs whereas indica strains have full-body sedative effects. If you are looking for a more “robust” method of separating the two groups, you may be disappointed. Many researchers are beginning to question the efficacy of the system, pointing out “sativa” strains that produce classically “indica” effects. In fact, the sativa-indica distinction may only be useful to growers and breeders, with largely physical characteristics making up the main differences between groups.

To make things even more confusing, hybrid strains are becoming more popular. As with most plants, people have begun breeding certain traits to be stronger or weaker, producing new and different plants. The same thing has happened with marijuana, with some strains becoming mixes of both indica and sativa “parents”.

To make things more efficient, some researchers are calling for other methods of strain organization [1]. One such method is terpene analysis. Terpenes are chemicals that produce some of the strong smells people associate with certain strains of marijuana. For example, limonene smells like citrus, and is found in high amounts in the Lemon G sativa strain. Cannabinoids are chemicals like CBD and THC that work by binding to cannabinoid receptors in the body.

It is believed that terpenes and cannabinoids work together to give marijuana its varied effects. This phenomenon is called the “entourage effect”. Named in 1998, the effect refers to the many different compounds found in cannabis working together to cause a different effect compared to isolates or concentrates [2].

One of the most well-known strains in the world for good reason. Sour Diesel is known for its euphoric hit that is said to enhance focus, particularly helpful for those with ADD/ADHD. Sour Diesel is a hybrid strain, exhibiting both sativa and indica features and effects. Importantly, Sour Diesel is a THC dominant strain, meaning finding the correct dose is important. Without careful dose control, high THC levels can result in an uncomfortable and uncontrolled high.

Harlequin is a high CBD strain, and therefore is less likely to produce the high common from THC-dominant varieties. This means that careful dosing is likely to be less important when using this strain. It is a sativa strain, exhibiting the “cerebral high” sativas are known for. Some believe that the high CBD content counteracts the effects of the THC, resulting in a much more serene feeling. Due to this strain’s high CBD content, it is commonly used by people looking to reduce anxiety or fight neuropathic pain. Generally, Harlequin users claim it can lift their mood, relax their mind, and relieve anxiety.

Ghost Train Haze is a hybrid strain with both indica and sativa effects but leaning more towards the sativa side. Important note, this particular strain is very strong, and it is crucial to properly control consumption to minimize risk of haziness. Many people use this strain to increase their creativity and energy. Also known for its strong scent, this strain features a wide terpene profile, with high levels of limonene, terpinolene, and humulene, resulting in its varied uses.

Now, an indica to end the list. Master Kush causes a strong euphoric feeling in users, leading to increased creativity in most. Terpenes commonly found in Master Kush include caryophyllene, humulene, and bisabolol. Caryophyllene, commonly found in spices, produces a distinct spicy smell and may provide relief to certain types of pain. The high produced by Master Kush also seems to have a delayed onset compared to other strains, so some experimentation may be necessary to find the perfect dose.