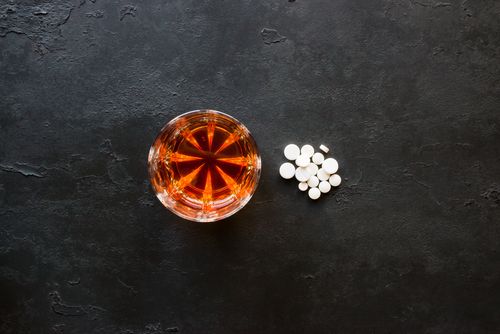 A Study by USA Today

The purpose of their study was to identify the behavioral patterns behind cannabis users in order to identify new ways for producers of cannabis to market products to their customers.2 Findings from the survey split respondents into two categories – those who currently use cannabis, and those who are considering it (known as “acceptors”). From there, the groups are split into three subgroups of current consumers – baby boomers, frequent shoppers, and affluent families with children – and asks them what they think it would take for their curious counterparts to actually start consuming cannabis.3

According to the report, affluent families, or those who earn above $75,000 annually account for 38.8 million households in the US are “active cannabis buyers.” They spend $50 on average during visits to a dispensary. Most say they use cannabis for stress management (48 percent) and chronic pain (37 percent). Men tended to shop at four or more dispensaries within a 90-day period, while women were more loyal to a single dispensary.3

Baby boomers are the most sought-after demographic when it comes to marketing cannabis products because they tend to spend the most on them. One third of baby boomers spend more than $75 per visit, with the remaining two thirds spending around $50 per visit. According to the report, “Baby Boomers who are not purchasing marijuana are 60 percent more likely than millennials to consider it.” Like the affluent families, boomers are looking to treat medical conditions like anxiety, chronic pain, and insomnia.1

70 percent of frequent shoppers are millennials or Gen Xers that visit a dispensary 3-4 times per month and spend an average of $50 per visit. With 58 percent between the ages of 21 and 34, and another 35 percent aged 35-54, a majority reported using cannabis to manage stress. This category of shoppers is the most likely to sign up for special deals and promotions via text messages, email, or a reward program.1

MMJ Legalization and Decreased Use of Alcohol, Painkillers

Along with consumer buying patterns this study and dozens more confirm that medical marijuana users have been able to decrease their usage of alcohol and prescription painkillers. According to Marijuana Moment, researchers at Syracuse University and the University of Georgia examined data collected from a web portal based in the US between January 2014 and April 2017. The data covers more than 28 million searches and ad impressions from 120 million instances regarding the alcohol, tobacco, and cannabis industries. The researchers determined that “online searches for alcohol decreased by 11 percent immediately following legalization . . . These findings led researchers to conclude that legalization reduces search volume and advertising effectiveness for alcohol . . . Hence, cannabis appears a substitute for alcohol . . .”4

A report from the Chicago Tribune about MMJ patients in the state of Illinois comes from researchers at DePaul and Rush universities. The study found those who take part in the state’s MMJ program are more inclined to rely on medical marijuana than on prescription painkillers, especially those who experience chronic pain. The researchers say MMJ patients are interested in safer alternatives to opioid medications. “One of the most compelling things to come out of this is that people are taking control of their own health, and most providers would agree that’s a good thing . . .”5

Our caring staff of Ohio Medical Marijuana Doctors is ready to evaluate your condition. If you feel you have a condition that is treatable with medical marijuana, the first step is to take our eligibility survey. In just 5 minutes, you could pre-qualify for a Ohio medical marijuana recommendation. An Ohio Medical Marijuana Doctor will then determine if you qualify during an in-person exam. For more information, visit https://docmj.com/states/ohio-medical-marijuana-card/.