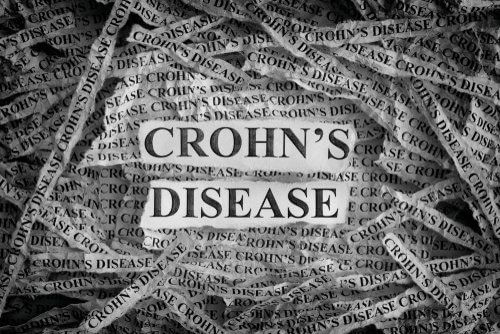 Marijuana is a plant containing over 70 known cannabinoids. The two most commonly known cannabinoids are Delta-9-tetrahydrocannabinol (THC) and Cannabidiol (CBD). These cannabinoids bind to cannabinoid receptors found naturally throughout the human body, known as the Endocannabinoid systems 1 and 2 (ECS1 & ECS 2). The ECS systems processes endogenous cannabinoids similar to THC and CBD called anandamide which is naturally produced by the human body and aids in the digestive processes. It helps the body regulate pain, mood, appetite, emotions, gastrointestinal (GI) motility, immune function, memory, stress response, and so much more. Cannabinoids are known to have a calming and therapeutic effect on the digestive tract in alleviating abdominal pain, loss of appetite and nausea. Patients who use medical marijuana to treat their Crohn’s disease have reported they feel relief and see improvement almost immediately. Cannabinoids can combat nausea, increase the appetite, and reduce pain. Crohn’s patients experience a tremendous amount of pain throughout their digestive tract. Medical marijuana is a natural pain reliever and a natural alternative to pharmaceuticals. In a study done in Canada, “Ninety-one percent of patients indicated improvement of IBD symptoms with cannabis use; 83.9% reported improved abdominal pain, 76.8% indicated improved abdominal cramping, 48.2% had improved joint pain, and 28.6% reported improved diarrhea. Patients also believed that cannabis improved their general well-being, stress level, and sense of control over IBD.”