True or False: Cannabis Use Will Lower Your IQ 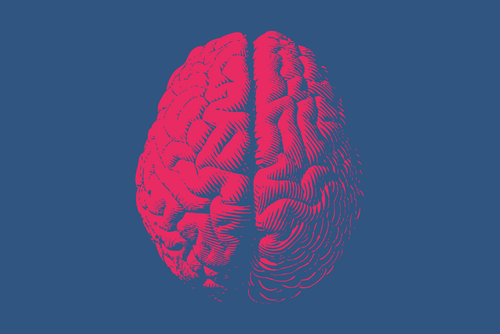 Are you living in Florida and thinking about getting a medical marijuana card? Call our team today at (888) 908.0143 with any questions you may have! We also offer a quick and easy online eligibility survey to see if you pre-qualify instantly!

What Effect Does Marijuana Have on the Brain?

The specific receptor studied in the previous experiment is known as the CB1 receptor and is the most common endocannabinoid receptor in the brain. There have been many studies done on the receptor and the numerous pathways it can influence, involving memory, facial recognition, and overall intelligence.

Marijuana has its effect on the body largely through this receptor. The cannabinoids in marijuana, most famously CBD and THC, act on the ECS through these receptors, leading to many downstream effects. This is why studies show marijuana having anti-anxiety effects along with anti-inflammatory ones. This isn’t to say that marijuana solely acts on the ECS though, experiments have shown marijuana acting on other receptors such as serotonin [2].

Suffice to say, there are many effects that marijuana can have on the brain, so believing that it may have an effect on IQ isn’t that crazy. Combining this with other stereotypes and rumors leads to the assumption that marijuana makes people less intelligent.

There has been substantial research on the effect of marijuana on memory, both short and long-term. In animal studies, there has been findings of memory impairment in rodents exposed to THC before birth [3]. In a study involving monkeys, it was found that those that were exposed to THC had “a blunted trajectory of accuracy improvements on the spatial working memory task” [4].

In the short term, marijuana is well known to cause memory problems, particularly when the marijuana is high in THC content. Similarly to alcohol, those who use marijuana seem to have problems creating memories in the short term and also recalling already created memories. Strangely, it seems like heavy users may experience less over time, leading to some level of tolerance [5]. Luckily, this seems to only affect the time immediately after consumption for most people.

Another study found that marijuana may also impair long term memory in heavy users [6]. On the other hand, CBD has been shown to possibly counteract the impairment brought about by THC and may even be a possible avenue for future therapies regarding memory. CBD has neuroprotective properties that may help protect neurons from other damage sources, including alcohol [7].

The hippocampus (the area of the brain largely responsible for memory) is another hotbed of scientific conflict. Some studies show damage to this area of the brain, others show the previously mentioned neuroprotective properties, and even others showing hippocampal neurogenesis. Again, it seems that many of these dangers are brought about by chronic high THC use, with CBD reducing these problems, and extended abstinence fixing them further [8].

IQ is an interesting metric of intelligence. Some say it is a good descriptor while others believe it to be skewed. In this same vein, studies trying to find a causal relationship between marijuana use and lowered IQ are notoriously difficult. There are many confounding variables including environment, other substances or drugs being used, and genetic conditions to name a few. Several studies have shown both no relationship and a strong relationship, with both sides either outright saying or being accused of having problems.

Take for example, a study published in 2016. It took data from over two thousand teenagers in England and compared marijuana use to IQ at the age of fifteen [9]. Luckily, while the researchers did their best to account for other potential variables in the study, they were very forthright with the limits of this paper, listing prenatal, environmental, and genetic confounds that may have also affected the teens. The study found no strong link between marijuana use and lowered IQ. It did, however, find that those who used marijuana most often as adolescents had higher rates of behavioral problems, depression, and other substance use, all potential variables that may have their own effect on educational performance.

Now, consider a study that did find a link between long-term marijuana use and cognitive decline [10]. This study followed over one thousand people from birth to age thirty-eight. Through interviews, researchers determined the frequency of marijuana use and testing was done at age thirteen and thirty-eight. Again, the scientists acknowledged the presence of outside influence, such as overall education quality, tobacco use, and genetic factors. This study, though, did find an IQ drop of about six points in heavy users compared to non-users.

Overall, the research is still not quite there when it comes to marijuana and intelligence. While it is clear that it can influence memory in the short term, long term marijuana use is still questionable, as we lack proper longitudinal research that accounts for all outside influence.

If you are concerned about the possible effects of marijuana, the best thing to do is speak to your certified medical marijuana doctor about any questions you may have.