True or False: We Take a Look at These 5 Common Myths About Weed in Ohio 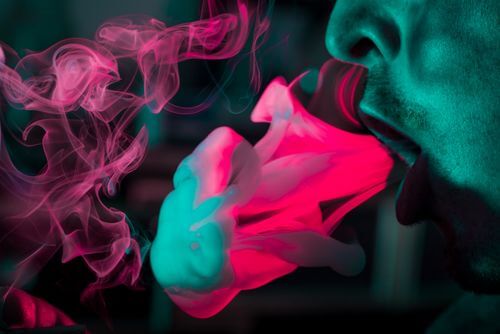 Marijuana is surrounded by some of the most pervasive and deeply ingrained superstitions in modern medicine. From the old “reefer madness” to violent hallucinations, there seems to be no end to the stories of nearly supernatural events stemming from marijuana. Whether these beliefs are helpful or damaging to the overall public opinion on marijuana, we will look into five of the most common and widely believed myths about marijuana and the reasons people may have believed them in the first place.

This myth likely got its legs on social media. Several papers have been published showing the tumor-fighting properties of marijuana, and this claim is an extreme version of that. One popular article was published in 2009 in the Journal of Clinical Investigation [1]. While it is true that the paper describes a reduction in cancer cells when exposed to THC, there are a few problems with using it as proof of a cancer cure.

To start with, the paper describes a very specific case of cancer in the brain. While this doesn’t mean that this result cannot be expanded and elucidated from, but to say marijuana cures all cancer is an extreme hyperbole. The number of individual experiments, or cohorts, in the study is also small, as low as two in one specific case. This is important because the lower the number of individuals or experiments, the more likely it is an extreme result is found. As it stands, more studies are being planned on human participants, but there is yet to be a universal conclusion on its efficacy.

Another common hypothesis, marijuana acts as a stepping stone to harder and more dangerous drugs. This myth has been around for quite some time and, to be fair, modern research has still has a tough time answering this question.

For example, research Research shows that rats who have been exposed to THC show stronger responses to other drugs [2], meaning that after exposure to THC, other drugs have heightened effects. It has also been shown that marijuana users are more likely to later develop alcohol use disorder later [3].

Though this may seem damning, most marijuana users do not go on to use other drugs or harmful substances. It seems that a combination of physiological, genetic, and environmental factors are at play.

Myth 3: All Weed Gets You High

This myth comes from the largely recreational use of marijuana prior to legalization. In the past, marijuana was by and large used solely for the purpose of getting high, with many people forgetting about the non-psychoactive variant of marijuana, hemp. Even discounting hemp, there are still strains of marijuana that are unable to get the user high.

The reason marijuana can get people high is THC. Tetrahydrocannabinol is the scientific name for a specific cannabinoid produced by marijuana. When a molecule of THC binds to a specific receptor in the body, a variety of physiological and psychological changes occur. From changes in mood to changes in the immune system, THC is responsible for many of the common side effects of marijuana use.

However, marijuana also contains CBD, a non-psychoactive compound that has many of its own effects, none of which result in a high. So, if a strain of marijuana were to have low THC and high CBD levels, then the user would not be able to get high, and that is exactly what has happened. Several strands of zero THC marijuana now exist and even low THC strains are unlikely to get the user high when used in normal amounts.

This one is a bit more technical. While it is believed that it is not possible to consume a lethal amount of marijuana, it is possible to medically overdose. Colloquially, most people know overdoses as fatal, but the medical definition of an overdose is as follows: An overdose is when you take more than the normal or recommended amount of something [4]. While this can lead to death under certain circumstances, it is very often non-fatal. In the case of marijuana, ingesting too much can cause paranoia, confusion, and irregular heartbeat, and, while the consumption of marijuana itself cannot lead to death, the side effects of an overdose put the user at an elevated risk.

Myth 5: Marijuana Has No Harmful Side Effects

Marijuana is incredibly helpful, and research has uncovered many relevant uses for it, but, like most things, there are situations where it can be detrimental. Some are well known, such as arrhythmia and paranoia, while others are less understood, such as dependency or psychological changes. For example, marijuana is often used by people with insomnia. Marijuana has been shown to effectively help people fall asleep faster, so it makes sense why people may pick up the habit. However, it has also been shown that marijuana use can reduce sleep quality, resulting in a groggier morning.