What Health Benefits does Medical Marijuana Offer in Ohio? 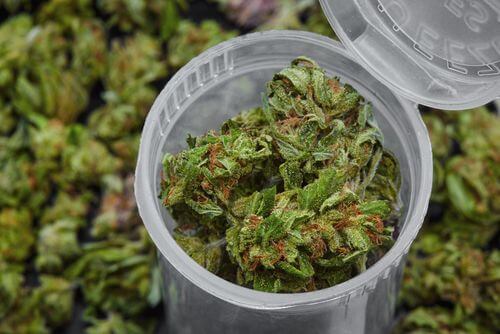 Humans have been growing and using marijuana, or cannabis, throughout recorded history. Today, marijuana is used to improve overall health, treat many different illnesses. If you would like to know if medical marijuana is right for you, schedule an exam with one of our Ohio Marijuana Doctors. You may complete our eligibility survey in just 5 minutes or less to find out if you pre-qualify for a recommendation.

When was marijuana first used to benefit health?

In ancient times,  it was common for physicians to mix marijuana with medicines or use it as an ingredient in teas as pain treatment and to cure various ailments. In 2737 B.C., renowned Chinese emperor Shen Neng  declared marijuana tea to be the standard for the treatment of gout, malaria, rheumatism, and poor memory. Using a drink called “bhang” – a cannabis paste (made from the leaves and buds), spices, ghee, and milk, India unlocked the healing properties of marijuana to treat illnesses as far back as 2000-1400 B.C.[1]. In 2008, archeologists discovered the grave of a 2,700-year-old ancient shaman buried with more than two pounds of cannabis. Scientists conducted extensive research to test its potency and concluded the ancient cannabis had been intended for “pharmaceutical, psychoactive, and divinatory purposes” [2].

When did marijuana use for medicinal purposes begin in the United States?

Marijuana was first brought into the United States after the Mexican Revolution of 1910 by Mexican immigrants. By 1930, pharmaceutical companies were producing at least 28 prescription medicines containing cannabis. They were used by thousands of U.S. citizens and could be purchased at most drug stores. Yet, those who campaigned for a drug-free society blamed violence and criminal activity on the use of marijuana. It was declared illegal in 1930 when testimony from the head of the Federal Bureau of Narcotics, Harry Anslinger, sponsored the Marijuana Tax Act [2].

What has led to a wider acceptance of medical marijuana?

The legitimate benefits of marijuana have led to growing interest over the past 30 years. Its therapeutic effectiveness and low toxicity have caused a shift in the way society thinks about and uses the drug. Never has there been a single fatality tied to the use of Cannabis. On the contrary, it has been a safer alternative to most over-the-counter medicines. Because of this, the National Academy of Sciences Institute of Medicine, the US Food and Drug Administration, and the National Institutes of Health (NIH) have all requested more extensive investigation into the health benefits of cannabis use.

The resulting scientific research has led to the discovery of specific cannabinoid receptor sites throughout the various systems of the human body. These receptors respond to chemicals found in cannabis plants, including the most psychoactive which is delta-9-tetrahydrocannabinol (THC). Cannabinol (CBN) and Cannabidiol (CBD) are also major cannabinoids but are non-psychoactive. The overall cannabinoid system of the human body is involved in the biological functions of pain, memory, appetite, control of movement, and reproduction [2].

What are the health benefits of marijuana?

The use of cannabis for medical and recreational purposes has been legalized in forty-six states, though some states are restricted to CBD only [3]. Research of doctors’ prescribing patterns suggests prescription drug use has declined in states where marijuana is legal. This is likely because patients have found success in treating chronic pain with marijuana. An added benefit is that cannabis does not contain addictive properties. However, the US Centers for Disease Control and Prevention (CDC) have found the need to instate federal guidelines to regulate the use of opiates due to concerns about patient addiction. Marijuana is fast becoming part of the answer to the opioid crisis in America as it provides pain management without negative side effects [4].

If you feel you may benefit from medical marijuana, the first step is to take our eligibility survey. In just 5 minutes, you can find out if you pre-qualify for a recommendation. One of our licensed Ohio MMJ Doctors can then determine if you qualify during an in-person exam. For more information, visit us online or call our office at (877) 899.3626 to speak with a Patient Care Coordinator.