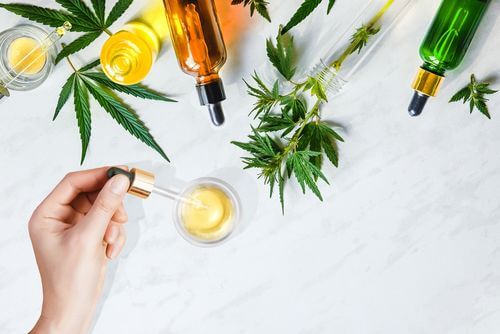 What Is Ultra-Low Cannabis Dosing and How Does It Differ from Micro-Dosing?

Microdosing certain drugs is a recent trend that many believe can offer many of the benefits of taking a full serving of a drug without the downsides. Psychedelics specifically have received both scientific and general attention for this application, with there being no shortage of articles and research papers investigating their potential use. Ultra-low dosing is an even newer practice and may be the next evolution in making the addition of medical marijuana into your daily life even easier.

Are you interested in becoming an Ohio medical marijuana patient? Find out if you pre-qualify for a medical marijuana card right now by completing our easy, online eligibility survey. Have questions? Click the chat bubble located at the bottom of our website to be connected to a Patient Care Coordinator.

When somebody is microdosing, they are taking an exceedingly small amount of a drug (much less than someone would need to take to feel the body and psychedelic effects normally). This practice has become popular to do with psychedelics, such as LSD and psilocybin, and marijuana, with the expected benefits being increased creativity, focus, and productivity.

Interestingly, microdosing has also been adopted by the pharmaceutical industry, and is used in what is termed a “phase 0 study”. It is used to predict the drug’s behavior in humans following previous testing. The idea being that, although the dose will likely not produce the drug’s intended effect overall, it will still be able to have a measurable response on many cells, and this data can be used to ease the transition to phase 1 human trials. A 2006 study found that microdosing can provide useful data in early drug candidates [1]. This result was also found in a 2008 study, which measured the utility of microdosing in the pharmaceutical industry [2].

The same principles are applied to marijuana and psychedelic microdosing, used enough to get the cognitive benefits, but not the drawbacks or bodily effects. For most microdosing users, this is a far cry from recreational use, as they are not looking for the “high” and want only to maximize their productivity or the efficacy of the substance.

What is Ultra-Low Dose?

Ultra-low doses are even smaller than micro-doses. This may seem a bit crazy, after all, there must be a point where chemicals just no longer affect the body, but we should also consider that the structure of a medicine is not the only factor that controls its effects.

Biphasic response is an important concept in medicine, and it can be thought of as anything that can produce different effects depending on its magnitude. For example, the body has a biphasic response to alcohol. At lower doses, alcohol can act as a stimulant, whereas at lower doses, alcohol can be a sedative. It sounds weird, but anybody who has had too much to drink can tell you the last thing they want to do is run around talking to everybody around them. There are many examples of biphasic responses in both medicine and everyday life, and marijuana is no different. In fact, the biphasic effect of marijuana has started to receive significant scientific attention and may help explain why some people have good luck using ultra low dosing.

How Does Ultra Low Dosing Work?

Previous research has shown medical marijuana to be strongly dosage dependent [3], with later studies leading scientists to discovering its biphasic effects. One classic example is found in THC, which, at high doses, is known to cause issues in short-term memory [4]. It is thought that this may be related to the role of the endocannabinoid system in the hippocampus, a part of the brain believed to be crucial to memory and learning [5]. On the other hand, THC has also been found to have possible neuroprotective effects [6]. These opposing effects are now thought to be dose dependent [7]. It is believed, by those that have found success with low dosing, that this result may apply to other effects. As the research has shown, it is not completely out of line with science either.

However, it is important to keep in mind that those who do micro- and ultra-low doses must be meticulous in their scheduling and dilutions, or risk falling out of the “optimal” bodily concentrations of cannabinoids. As such, taking note of specific cannabinoid levels in each form is important, as the difference between a low dose and a head in the clouds can be as little as one decimal place.

What Forms of Marijuana Allow for Ultra Low Dosing?

Because of the exacting nature of ultra-low dosing, most people would find greater success with tinctures and oils, both of which are available for sale in Ohio dispensaries. According to Ohio law, the dispensary must label their products with “The cannabinoid profile and concentration levels and terpenoid profile as determined by the testing laboratory” [8]. These concentrations are what you should keep your eye on as they will determine how much solvent will be needed to properly dilute them. Of course, dilution is not always necessary, assuming the partitioning of small enough doses is possible.

If you are looking to dilute the marijuana, many users have found success in adding a drop to a smoothie, juice, or other liquid, mixing thoroughly, and then portioning out specific servings. However, this is also where things can get dicey, as careful calculation is necessary when determining the proper dose of the final product.

It is also worth noting that other forms of marijuana can be used to make ultra-low doses, though they may involve more complex math and knowledge of chemistry techniques. For example, full flower marijuana can be used, but it is possible that, if used in cooking or vaping, some of the cannabinoids or terpenes have changed in the process, altering the product’s chemical profile.

Ultra-low dosing is a new method of maximizing the benefits of marijuana and minimizing its potential side effects. It can be seen as a more extreme form of microdosing, which has been used by both consumers and pharmaceutical companies for years and has substantiated use cases backed by research. While the effects of ultra-low dosing marijuana have not yet been thoroughly studied by the scientific community, there are previous studies that show promising results in the same area. As always, it is important to consult a certified medical marijuana doctor before changing or starting a new medical marijuana regime.