What Type of Effect Does Marijuana Have on Hormones? 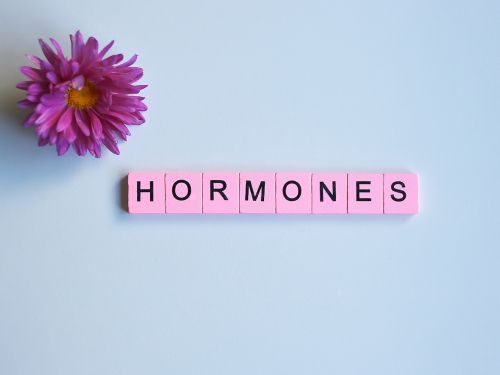 Hormones are an incredible complex and important part of biology. Their pathways are intricately connected and a deficiency or influx of one hormone can have huge effects on the body. Endocrinology, the study of endocrine glands and their hormones, is a very exciting field that has delivered some of the most life-saving treatments currently available. So, it is no wonder that people are curious as to how medical marijuana may interact with certain hormones, and what that could mean for patients. If you are curious if medical marijuana can help you, or are looking for a certified Ohio medical marijuana doctor, DocMJ is here to help! Book a telemedicine appointment on our website or take our easy online eligibility survey to find out instantly if you pre-qualify for an Ohio medical marijuana card.

How Important are Hormones?

Hormones are used to initiate both long and short term changes in the body. Insulin, for example, is released relatively quickly in response to high blood sugar levels and tells other cells to take in the excess glucose. Androgens, on the other hand, have much more permanent effects, including a key role in puberty.

Hormones are produced by endocrine glands and are released into the circulatory system. They can target different cells in a process called paracrine signalling, or the same cell via autocrine or intracrine signalling. Hormones can affect anything from our physiology to our behavior, and are used in a variety of bodily systems. During digestion, for example, the hormone gastrin is released when the stomach stretches to accommodate incoming food and stimulates gastric juice release. Ghrelin, another important hormone in the digestive system, lets our brains know when we need to eat and makes us feel hungry.

Many hormones can be found in “pairs” that have opposite effects. Leptin, which can be considered ghrelin’s opposite, is produced by adipose cells and makes us feel full. Other opposites include insulin and glucagon, which regulate blood sugar levels, and calcitonin and parathyroid hormone, which help control blood calcium levels.

Hormones also come into play later in life. Menopause, periods, and ovulation in general are controlled by varying hormone levels. This is why some people may get hormone injections or supplements. In men, decreased testosterone levels due to age can result in libido and physiological changes, so hormone replacement therapy may be opted for.

In short, hormones are extremely important, and small imbalances can have lasting changes on the body. Whether good or bad, knowing how a substance affects a person’s body is a vital part of medicine and is one of the first questions asked by both researchers and physicians. So, has this same level of rigour been applied to medical marijuana?

We have previously discussed the endocannabinoid system on a few of our blogs, with some in depth looks as well, and it comes into play again here. As it turns out, it comes into play here again. The cannabinoids produced by our body naturally, called endocannabinoids, are used as neurotransmitters, which, while themselves are distinct from hormones, have been found to be vital to our body’s stress response [1]. Similarly, studies have found that THC increases the level of circulating cortisol levels, which may explain the feelings of anxiety and paranoia in some users [2]. This isn’t a new theory either, as scientists in the eighty’s believed that marijuana had effects on the hypothalamus as well as other important endocrine glands [3]. Interestingly, hormones may also change how our bodies process marijuana, as a recent study found that ovulating female rats are more sensitive to THC than both male rats and non-ovulating female rats [4].

Despite this level of study, many of the effects of marijuana on our hormones are still not understood. That is to say, the complex mechanisms and reactions between the chemicals in marijuana and certain hormones are still relatively unknown. However, there has been widespread use of medical marijuana to combat some side effects of hormonal imbalances. Whether the therapeutic effectiveness is due to a direct change in hormone levels or a different mechanism entirely, many people have found medical marijuana to be able to ease many of their symptoms.

Hormones are an important tool the body uses to enact both quick and long-lasting changes. They originate from endocrine organs which include the pancreas, pineal gland, and even the heart. They can cause physiological, emotional, and behavioral changes that may be permanent or cyclical. The levels of hormones are carefully regulated by a number of other systems, including the endocannabinoid system. Cannabinoids can cause the release and reuptake of certain hormones along and vice versa. There are many other effects marijuana may have on hormone levels, but they are not quite fully known. If you are interested in obtaining your Ohio medical marijuana card the team at DocMJ is here to make the process simple and stress-free! We offer online bookings through our website and a quick survey to find out if you pre-qualify for a recommendation!