What Women Need to Know About Cannabis Cervical Health 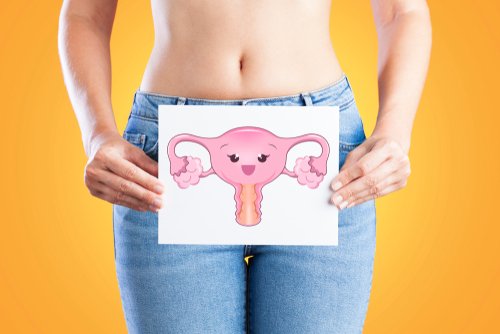 The United States Congress designated January as Cervical Health Awareness Month because while more and more women are being diagnosed, the disease is preventable with vaccination and appropriate screening.

Many cervical cancer patients have turned to Medical Marijuana in order to gain symptom relief and say that it benefits them in several ways. If you have been diagnosed with cancer, you can qualify for your Florida Medical Marijuana Card and legally purchase medical marijuana products from a dispensary, also known as a Medical Marijuana Treatment Center.

Medicines based on certain chemicals in marijuana, like Epidolex, could also be used to treat patients for whom such therapies have failed. THC also shows a promising role in the treatment of cancer growth, neurodegenerative diseases, and other debilitating conditions.

The cervix is the lower, narrow end of the uterus that forms a canal between the uterus and vagina. A female’s cervical cells are most susceptible to abnormal cell growth at puberty, during their first pregnancy, and a few weeks following the birth of a child.

Women should get annual checkups to ensure that they have good cervical health. Cervical cancer screening is typically part of a woman’s health checkup. There are two types of tests to check for cervical cancer: the Pap test and the HPV test.

For both, the doctor or nurse collects cells from the surface of the cervix. With the Pap test, the lab checks for cancer cells or abnormal cells that could develop into cancer later; whereas with the HPV test, the lab checks the sample for the Human Papillomavirus (HPV) infection. HPV is a virus that spreads through sexual contact and can sometimes lead to cancer.

There are many types of HPV and almost all cervical cancers are caused by human papillomavirus (HPV), Some HPV types can cause changes on a woman’s cervix that can lead to cervical cancer over time, while other types can cause genital or skin warts. It is so common that most people get it at some time in their lives.

Cervical cancer is treated in several ways. It depends on the kind of cervical cancer and how far it has spread. Treatments include surgery, chemotherapy, and radiation therapy. By staying up to date with annual testing, women have the ability to identify a potential issue before it develops into something uncontrollable.

To reduce your risk of cervical cancer:

The ECS and the Female Reproductive System

The Endocannabinoid system (ECS) consists of endogenous cannabinoids, receptors, and enzymes. While it is known to modulate pain and neurodevelopment, it is also known to impact the female reproductive system where it affects folliculogenesis, oocyte maturation, and ovarian endocrine secretion. Additionally, the ECS affects oviductal embryo transport, implantation, uterine decidualization and placentation. There is a complex relationship between the ECS and the hypothalamic-pituitary-ovarian axis, as well as between the ECS and steroid hormone production and secretion. [2]

Several studies in recent years have shown that dysregulation of the endocannabinoid system is associated with the development of disorders of the female reproductive tract. [3] These include fertility disorders like endometriosis, polycystic ovary syndrome (PCOS), and gynecological cancers.

Researchers note a complex relationship between the endocannabinoid system with the hypothalamus, pituitary gland, and the ovarian axis, with CB1 receptors modulating numerous complex activities. While the phytocannabinoids are shown to potentially disrupt female reproduction by decreasing estrogen and progesterone hormone levels, ECS involvement in female reproduction shows modulation of the ECS is essential for reproductive success.

How Cannabis Can Help with Cervical Health

While some research has shown that cannabis has a direct impact on cancerous cells, there has not been enough completed to conclude it is a cure. Those who are suffering from cancer, such as cervical cancer, can however manage their cancer-related symptoms with the help of medical marijuana.

Common symptoms for those experiencing cervical cancer can include:

Medical marijuanan can help manage the following symptoms of both cervical cancer and the treatment associated with it:

The two most common symptoms to cancer treatment are nausea and pain relief. Several studies have shown cannabis can help manage the symptoms of both.

Cannabinoids have been studied in the treatment of nausea and vomiting caused by cancer or cancer treatment:

Cannabis and cannabinoids have been studied in the treatment of pain:

Overall, cervical cancer can cause uncomfortable health concerns that are only temporarily masked by prescription medications. Consulting with a Florida Medical Marijuana Doctor can help you decide if a medical marijuana regimen will help improve your overall quality of life.