What You Need to Know About Cannabis History & Black History 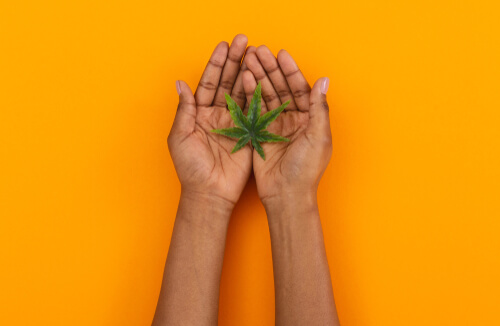 While Black History is celebrated throughout the month of February, every day is embedded with black history, especially in the marijuana industry. Cannabis History & Black History, even though Florida just recently passed a medical marijuana program in 2016 for a few qualifying health conditions, the story of legalized cannabis began much earlier.

Suppose you or a loved one is suffering from a debilitating medical issue. In that case, our network of compassionate Florida Medical Marijuana Doctors can help you find the regimen that brings you the relief you have been waiting for. Unsure if you are eligible for your Florida Medical Marijuana Card? This quick survey will tell you if you pre-qualify for a physician’s recommendation!

With over twenty-five locations throughout Florida, DocMJ is the number one physician group specializing in Medical Cannabis Recommendations. Both daytime, nighttime, and weekend appointments are available for the convenience of Florida Residents state-wide. For the time being, there are even telemedicine appointments being offered to returning patients during the pandemic.

Africa is Rich in Cannabis History

With the country’s current tone focusing on policing, criminal and racial justice, and social equity, the topic of the War on Drugs plays a big part.

For years, the War on Drugs has been used to target Black and Brown Americans specifically and change their way of life in those communities. Before the Mexican Revolution in 1910, cannabis extracts were available in pharmacies across the United States. But, this plant has been utilized for much longer than that.

Cannabis farming began in Africa after the plant arrived from southern Asia, at least 1,000 years ago, to Madagascar and the Mediterranean coast. While African societies used cannabis in various ways, it was principally valued as an inhaled substance.

North African farmers planted hemp in the early 1990s. In sub-Saharan Africa, hemp fiber was significantly harvested only in Madagascar, where hemp fabric was produced. Like Mozambique in the 1790s, other areas were using hemp and cannabis to make medicines from the leaves and smoke the flowers.

In North Africa, writers began describing psychoactive uses in the twelfth century CE. [1] North African psychoactive uses traces to the Levant, where edible cannabis drugs were consumed by 1000 BCE. [2] Across North Africa, people consumed flowers and cannabis resin in both smokable and edible forms. Historically, the cannabis resin known as Hashish was a significant import from Lebanon, Turkey, and Greece, with the earliest evidence of production being in easter Algeria in 1921.

South of the Sahara, farmers grew the crop in a variety of conditions and harvested its flowers. In the eighteenth century, marijuana gardens were documented in South Africa and Mozambique. In the nineteenth-century, they began popping up in Egypt, Angola, Gabon, Sierra Leone, Kenya, Tunisia, and the Democratic Republic of Congo (DRC). In the 1890s, it was a field crop in Angola, and it was the only irrigated crop in Botswana during the 1880s.

Between 1870 through the 1890s, Africa came under colonial rule. Initially, cannabis was legal under colonial governments but was outlawed in 1925 under the Geneva Opium Convention. This allowed cannabis production to become subject to international control, but colonialists were already putting an end to its production capacity in African societies even before this.

For centuries, marijuana was traded in Africa. Several colonial governments capitalized upon cannabis by taxing pre-existing markets. Ultimately, anti-cannabis sentiments pushed cannabis underground before it was legally prohibited. The legal, capitalized markets were short-lived, except for Morocco’s and Tunisia’s cannabis monopolies, which persisted into the 1950s.

Around the turn of the century, New Orleans became a cosmopolitan port filled with various backgrounds and nationalities. The nightclubs of New Orleans began playing a new kind of music called jazz, played exclusively by black musicians. It could be seriously argued that Black musicians in New Orleans invented jazz with the help of cannabis.

Within these jazz clubs, marijuana became a popular alternative to alcohol. It helped the musicians play long sets throughout the night without causing them to become exhausted. The substance also allowed them to make their music more unique and enjoyable to listen to, helping the Jazz Age flourish.

But in 1920, the president of Louisiana’s State Board of Health, Dr. Oscar Dowling, labeled marijuana as a powerful narcotic. There was an increase in crime rates during that time, and he warned Louisiana’s governor that it is “a powerful narcotic, causing exhilaration, intoxication, delirious hallucinations, and its subsequent action, drowsiness, and stupor…” [2].

Something had to be done to prevent this increase in crime throughout the United States, so he wrote to the Surgeon General requesting him to control marijuana on a national level. The Surgeon General agreed with Dowling on the dangers associated with cannabis but took no further action.

Eventually, with the help of “Reefer Madness,” this “jazz drug” was labeled as a harmful substance, and the laws that sought to control it played on some of America’s worst tendencies around race, ethnicity, civil disobedience, and otherness.

In 1930, Harry Anslinger became the first commissioner of the Federal Bureau of Narcotics (FBN) in 1930. During this time, alcohol prohibition was ending, and Anslinger needed a new “drug” to target. Since heroin and cocaine were already outlawed, he chose to put an end to marijuana consumption.

Anslinger was a racist who hated jazz music. He claimed that black people and Mexicans were the primary users of marijuana, making them “forget their place in the fabric of American society.”[3] He also claimed that marijuana use encouraged interracial relationships, which at the time was highly disapproved of.

In 1936, the film Reefer Madness came out, which showed black people going crazy after consuming marijuana. A year after the film was released, Anslinger helped push for even more anti-cannabis laws. As a result, the Marijuana Tax Act of 1937 passed, making it illegal to possess or sell cannabis that did not have a medical purpose.

The War on Drugs

The 1970s marks the moment in time when America’s “War on Drugs” began. President Richard Nixon was in a moment in his career where there was an increase in the crime rate, and he needed something to blame. During this year, the Controlled Substances Act (CSA) was passed. This Act places all substances which were in some manner regulated under existing federal law, including marijuana, into one of five schedules. This placement is based upon the substance’s medical use, the potential for abuse, and safety or dependence liability. Marijuana was labeled under the most strict schedule and, as a result, became federally illegal to use or possess.

“The Nixon campaign in 1968, and the Nixon White House after that, had two enemies: The antiwar left and black people. You understand what I’m saying? We knew we couldn’t make it illegal to be either against the war or black, but by getting the public to associate the hippies with marijuana and blacks with heroin, and then criminalizing both heavily, we could disrupt those communities. We could arrest their leaders, raid their homes, break up their meetings, and vilify them night after night on the evening news. Did we know we were lying about the drugs? Of course we did.”

Even now, in states with legalized recreational cannabis programs such as Alaska, Washington, DC, and Colorado, cannabis use is nearly equal between blacks and whites. However, Blacks are still arrested at a rate of up to 10 times greater than whites. Overall, cannabis arrests are down, but still not equal.

With legislation passing left and right, it is easy to forget there are people behind bars for marijuana-related crimes. Even in places like Colorado, where prohibition is over, and cannabis consumption is equal across racial lines, blacks face arrest rates ten times higher than whites. Marijuana-related have gone down, but there is a distinct and unsettling racial imbalance.

With legal cannabis consumption programs in place, the public eye is finally addressing the cannabis-related inequalities in communities of color. This includes cequity programs that include assistance, business incubation, and distributing half of new cannabis business permits to equity businesses to no-charge expungements for cannabis-related arrests.

But with multiple roadblocks like banking restrictions, high licensing and permitting fees, and limiting land-use laws, cannabis equity programs are only small steps in the right direction.

If you are a marijuana user, recognize that cannabis has been wielded as a weapon against both Black and brown communities as a method of enslavement, later as a criminalization method, and now as a means of disenfranchisement and gentrification. Cannabis is intertwined with Black history, and it is essential to realize that we might not be where we are today in terms of marijuana legislation without those communities.

If you are interested in becoming a legal medical marijuana patient in Florida, the following conditions have been approved by the Department of Health to be recommended for medical cannabis use:

If you suffer on a daily basis from one of these chronic medical conditions, book an appointment today with one of our Qualified Florida Medical Marijuana Physicians.