What You Need to Know About Marijuana & Heart Health 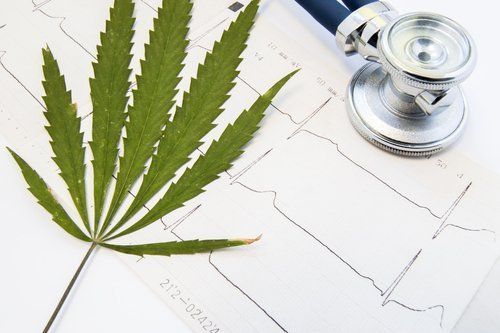 Marijuana has been shown to have profound effects on both the mind and body, so it’s reasonable to be curious about how it can affect one of the most important organs in the body. Combine this with an increase in interest in general heart health, and you get an important question for many people. In this post, we will go over how the heart works and how marijuana can affect the mechanisms and functions of the organ.

Are you curious about whether or not you qualify for a medical marijuana recommendation? Find out if you pre-qualify in just 5 minutes or less my completing our online eligibility survey.

This may seem like a silly question with an obvious answer, and it is to a certain extent. The heart pumps blood. There are two main vascular “circuits” the blood needs to go through, pulmonary (through the lungs) and systemic (throughout the body).

This is a big job, and the heart cannot stop doing it. It is always beating, barring certain circumstances. This is similar to breathing, digesting food, and other bodily functions that are not necessarily controlled consciously. This because in the brainstem, there is a small bulge called the medulla oblongata, a funny word for a vital piece of tissue. The medulla is also responsible for breathing, regulating blood pressure along with the respiratory and circulatory systems, and certain reflexes.

Another lesser known function of the heart is as an endocrine organ. First discovered in the 1970’s and early 1980’s, some cells in the heart produces a hormone called atrial natriuretic factor (ANF). ANF, also known as ANP, helps regulate blood volume and blood pressure by causing more water to be excreted by the body and the blood vessels to dilate. The heart also produces a hormone confusingly named brain natriuretic peptide (BNP), which also works to control blood pressure.

Marijuana has been consumed for centuries for a variety of reasons, both spiritual and medicinal. Marijuana’s cognitive and neurological effects, not to mention its ability to fight certain symptoms where other pharmaceuticals have proven less effective, have been well documented and research. Generally, though, outside of these cases, research is still ramping up.

Unfortunately, marijuana use has also been linked to more dangerous outcomes. Smoking marijuana usually causes an increase in heart rate between about twenty percent and one hundred percent [3]. This is thought to be due to the vasodilation produced by THC we found previously. It was also found that marijuana use in young patients may be associated with atrial fibrillation [4]. It is thought that marijuana use may throw off the natural electrical rhythm of the heart, along with changing how blood flows in coronary arteries, contribute to this.

Some studies also link marijuana and heart attacks, though the mechanism linking the two is still unknown. One study found that smoking marijuana increased the risk of a heart attack by nearly five times [5]. THC may also increase the risk of peripheral vascular disease via toxic effects on blood vessels [6] or induced vasoconstriction [7].

On a lighter note, there are other studies that put marijuana in a more positive light in a cardiovascular sense. In a study of around four thousand heart attack survivors, there was found to be no statistically significant difference in mortality between marijuana smokers and non-smokers [8]. Marijuana use may also help people quit smoking. One study showed a forty percent smoking reduction in those who ingested cannabidiol compared to a placebo [9]. Marijuana has also been linked to smaller waist circumference and lower rates of obesity [10][11].