Where Can I Legally Use Medical Marijuana in Ohio? 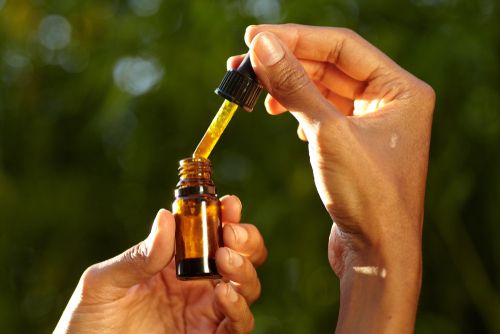 Medical marijuana is a fast-growing wing of medicine that has recently become integral to many people’s lives. It has helped them fight CINV, inflammation, anxiety, chronic pain, and so on that may previously have gone unaddressed or uncured. Despite this mass adoption, many users are still unaware of the laws regarding use cases of medical marijuana and, specifically, where and how it can legally be used.

Where Can Medical Marijuana Legally Be Used

Public marijuana use is illegal in Ohio. While the reasons for this are rarely explicitly stated, it likely has its roots in the federal laws regarding marijuana, recreational or otherwise.

According to the United States Government, marijuana is a Schedule I drug. This makes its use and growth, for any reason, illegal. Despite the growing support and widespread use of medical marijuana, and the increasing number of state-run medical marijuana programs, the Department of Justice has not put out any clear policies regarding these state-wide marijuana programs, putting any publicly owned entity in a difficult spot. For example, marijuana is not allowed on college campuses, due to their federal funding (though some campuses may have specific policies depending on the area).

Private land is another story. Medical marijuana can be used in the patient’s home without fear of repercussions and, generally, with the consent of the owner in another private place. Discreet forms of marijuana are often used by those who spend most of their time in public.

What About Medical Marijuana and Work

These both have important implications for users, beyond using medical marijuana at work. Employers are allowed to maintain drug-free workplaces, meaning drug tests are still permitted, and marijuana (whether medical or otherwise) may still be tested for. Though employers may change their policies with regard to medical marijuana and its use, they are still permitted to conduct testing and use the results of the tests in their future decisions.

The ADA (Americans with Disabilities Act) also does not apply to medical marijuana, due to its Schedule I classification. The condition that has been diagnosed, however, does still apply. Essentially, this means that an employer does have to accommodate a person’s needs for the condition, but not the use of marijuana.

What Forms of Marijuana Can Be Used Discreetly?

Marijuana cannot be used in public, but most people are likely going to be in public at one point or another during their day and need medical marijuana to help their symptoms. In these cases, certain forms of marijuana are more suited to discrete use than others.

Tinctures are likely the most discreet and easily concealable form of marijuana available in Ohio. They are administered sublingually, meaning under the tongue, and can easily reach high enough concentrations where only a few drops are needed to feel the positive effects. This method of application also has several benefits, including higher bioavailability and heightened drug response [2].

Edibles are another common and concealable form of marijuana. They are produced in a number of different concentrations, sizes, and flavors so almost anybody can find an easy to swallow variation. Unlike tinctures, edibles are broken down in the digestive system before being absorbed into the bloodstream, which has several important implications. This metabolic breakdown may result in lower bioavailability compared to both tinctures and inhaled marijuana, but some studies suggest the effects of edibles last longer than non-metabolized forms [3][4].

Ohio also allows the sale of topical forms of marijuana for use in preventing and healing certain skin conditions, such as dry skin and acne. In these cases, it is unlikely that a user would feel any bodily effects after use, as the hydrophobic cannabinoids are largely unable to penetrate deeply into the skin. Though, the slightly more hydrophilic CBD can penetrate the skin, making it particularly effective for fighting superficial inflammation.

The only sure-fire place medical marijuana is legally permitted is within the users own private property. In publicly owned areas, marijuana is illegal due to federal regulations. In the workplace, employers are not required to accommodate medical marijuana use and can even factor it into decisions regarding future employment, tenure, and hiring. For those who need to be in public after using medical marijuana, it may be beneficial to look into the more discreet forms available for purchase including tinctures, topical lotions, and edibles.