Why Do People Get the Munchies from Marijuana in Ohio? 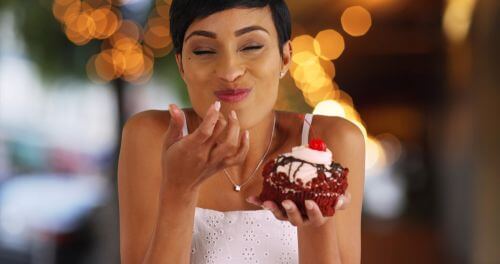 Marijuana use is quickly becoming more common across the United States. Due to the recent legalization and media attention, many people are now using marijuana for the first time. If this is the case, you may find yourself suddenly missing half of your snack cupboard. Most people know this as “the munchies”, and it has become one of the most ubiquitous side effects of marijuana use, showing up in movies, music, and TV. Despite how well known the effect is, many people do not actually know why it happens. In this post, we will describe what the munchies are, what causes them, and how the effect is being used to help people.

If you’re an Ohio resident interested in becoming a medical marijuana patient, we’re here to help! Pre-qualify for an Ohio medical marijuana recommendation today by completing our online eligibility survey. For questions, chat with us on the web or speak with a Patient Care Coordinator at (877) 899.3626.

Basically, “the munchies” is just an increase in appetite and craving for food after consuming marijuana. Marijuana has long been known to increase appetite in users and this is one of the most common side effects of its use.

This is where things start to get interesting. To begin, we will go over the endocannabinoid system. The endocannabinoid system (ES) is made up of the cannabinoids your body naturally produces (endocannabinoids) and the cannabinoid receptors found throughout the body. The receptors can be further divided into two camps, CB1 and CB2 receptors. Generally, CB1 receptors are found in the brain and CB2 receptors are found in the digestive and immune system, but as with most things in medicine, this is not one hundred percent true all the time. The ES has influence all over the body and helps modulate many different body systems.

The cannabinoids produced in marijuana (phytocannabinoids) work by binding to these receptors, causing downstream effects. The two most well-known phytocannabinoids are THC and CBD. Though they are both cannabinoids, they produce very different effects. . CBD has been shown to reduce pain [1], anxiety [2], and even some cancer symptoms [3]. CBD is non-psychoactive, meaning it will not get you high in any dosage. THC, on the other hand, is very psychoactive. It can change your mood, behavior, and perceptions. Another important difference is that ingesting CBD will not cause the munchies, but THC will.

This may be due to several different effects THC has on the body, the first of which we will focus on was outlined in a 2014 study. In it, mice were dosed with THC and given access to sucrose, a type of sugar. The study found that the mice with THC, and therefore activated CB1 receptors, had “increased odor detection and food intake” [4]. Although this is an animal study, mice are often used due to their neurological similarities to humans, so it is likely that this may carry over to our species as well.

Another study investigated the idea that food simply tastes better when high. It found that this effect may be due to an increase in the amount of dopamine released when eating certain foods when high [5]. In rats given THC, the dopamine response to sugar was significantly higher than in those who were not given THC. Simply put, if you are high and eat some food, your brain is rewarding you even more than usual for it.

A third explanation has also been proposed. This one is slightly different, as it has nothing to do with how you perceive food when high. Some research has shown that the ES may have an influence on plasma levels of a hormone called ghrelin. Ghrelin is often called the “hunger hormone” because when you have high levels of ghrelin, you feel hungry. The endocannabinoid system has been shown to influence appetite in the past [6], and recent studies suggest that ingesting marijuana may increase ghrelin levels [7][8].

If you combine these three explanations, you find the most common current view on the munchies. When you consume high levels of THC, your food smells stronger, tastes better, and you feel hungrier.

How Can These Findings Help People?

So, marijuana can make people hungry, who can that help? Well, many patients may find they lose the urge to eat due to certain illnesses, diseases, or conditions. This is common in both cancer and AIDS patients, who have begun to use marijuana as appetite stimulants in some cases.

In the case of AIDS patients, late stage AIDS can often result in AIDS wasting syndrome. Wasting syndrome occurs when there is an involuntary weight loss of ten percent or more of a patient’s base body weight. The patient may also experience severe diarrhea and weakness. In cases like this, it is crucial to keep the patient eating, and some places are using high THC marijuana to do just that. In fact, the FDA approved drug dronabinol is a synthetic form of THC made for this purpose.

A similar problem can occur in patients with cancer. While undergoing chemotherapy, patients are at an increased risk of unhealthy weight loss and malnutrition. During chemotherapy, some people also develop CINV, chemotherapy induced nausea and vomiting. In these cases, it is again crucial to keep the patient well fed to reduce the chance of malnutrition.

A less documented problem is induced anorexia. Some diseases can cause patients to develop an eating disorder, though this is not well understood. This may be treated with dronabinol, but this is not an approved use case.

Despite research, “the munchies” is still not completely understood. The most accepted hypothesis is a combination of marijuana increasing ghrelin levels, making food smell stronger, and increased dopamine response when eating food. These effects, while not helpful to the average person, are finding uses in clinics and households across the country.