Why Does Cannabis Have Such a Bad Reputation? 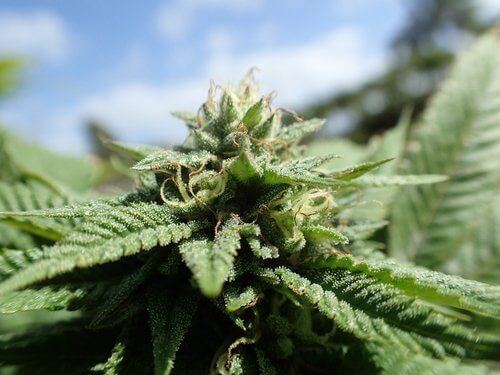 In 2016, Florida legalized the medical use of cannabis for those who suffer from a variety of different qualifying conditions, making it –at the time—the 27th state to do so. [1] Since then, there have been six more states to follow. If you are curious to see if medical cannabis might be right for you, take the first step by taking our quick and easy free online eligibility survey. This will tell you if you are a candidate to be approved by one of our Florida Marijuana Doctors.

But with how rapidly cannabis legislation is transforming nowadays, it’s hard to think that there was a time when it was not tolerated across the nation; however, cannabis has not always been viewed in the best light.

Before the early 1900s, cannabis was available in pharmacies across the United States to treat a variety of medical ailments. The first legal attack on cannabis did not happen until 1911 when there was a failed attempt to limit its use as a medicine by means of a federal mandate. Around this time, the opium crisis was occurring around the world and countries started to crack down on anti-drug measures. Although it did not get passed at the federal level, in 1913, California became the first state to pass a cannabis prohibition law.

During this time, there was a spike in immigration from the Mexican Revolution in states like Louisiana and Texas. These immigrants brought along with them their culture and customs, which also included a plant they used called “marihuana.” [2] Although Americans were already familiar with the use of cannabis as medicine, they were unfamiliar with the term “marihuana.” This lack of knowledge, mixed with their prejudice and fears of the new immigrants, made them easy targets for propaganda.

Crime rates within the communities that had a lot of immigrants began to rise. Local governments and police forces needed something to blame, so they began racist attacks against immigrants, claiming that “marihuana” influenced them to participate in illegal activity. In Texas, rumors began to spread that Mexicans were starting to distribute this “killer weed” to children in order to corrupt their behavior. A few states over in New Orleans, newspapers were associating the substance with African Americans, jazz, and prostitutes.

As a result, the Harrison Narcotics Tax Act was passed in 1914, which is considered to be the beginning of the drug war in the US

From the beginning, Anslinger set his attacks on drug, race, and music. He was quoted saying “There are 100,000 total marijuana smokers in the U.S., and most are Negroes, Hispanics, Filipinos, and entertainers. Their satanic music, jazz, and swing result from marijuana use. This marijuana causes white women to seek sexual relations with Negros, entertainers, and any others.” His words helped jumpstart a racially-targeted nationwide hatred towards the plant.

Then, in 1936, the anti-cannabis propaganda film “Reefer Madness” debuted. In this film, teenagers smoke cannabis for the first time which then leads to a series of unfortunate events. It depicted cannabis to be a dangerous gateway drug that was used to lure teens into jazz parties and get them hooked on a lucrative lifestyle – similar to Anslingers views.

A year later, the 1937 Marijuana Tax Act was passed. Up until then, cannabis products were legal to sell in pharmacies as long as they were properly labeled and regulated. This was the first federal law to criminalize cannabis by implementing an excise tax on the sale, possession, and transfer on all hemp products. [4]

Fast forward a few years later, and in 1969 the Marijuana Tax Act was ruled unconstitutional since it violated the 5th amendment. In response, the Controlled Substance Act was passed. This Act established rankings, or schedules, for substances based off of their dangerousness and their potential for addiction. Cannabis specifically was deemed as a Schedule I substance—the most restrictive category

Rumor has it, however, that it was placed in that schedule only as a placeholder, but President Nixon ignored the recommendations that it be put into a less severe category. [2]

It was not until years that the tables began to turn. In 1996, California became the first state to legalize cannabis for medical use. Slowly but surely, more and more states began passing their own versions of MMJ laws

Now in 2019, not only are there 33 states that have legalized medical cannabis, but there are now 10 which have legalized it for recreational use. As a result of this, there is a lot more research being done, helping fuel the fire to finally break the negative stigma attached to this beautiful plant!

If you are interested in taking the first step towards getting the natural relief you deserve, schedule an in-person exam with one of our Florida MMJ Doctors to get started.