Why Does Marijuana Make Some People Paranoid in Ohio? 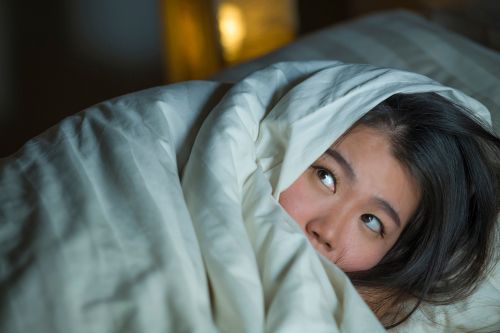 Why Does Marijuana Make Some People Paranoid?

Many people have stories about a time they felt paranoid after smoking marijuana. This feeling is described as a sense of impending doom, such as when hearing police sirens, they assume the officer is coming to catch them doing something wrong. It can feel like everyone knows that they are stoned, or even that they might die. Paradoxically, and more often than not, people have come to rely on cannabis to relieve their anxiety. Patients with PTSD have seen remarkable success in using cannabis to treat panic symptoms and stress. In this article, we explore why cannabis can cause such different reactions in different people at different times [1].

Paranoia is all in the head, literally. Many of the cannabinoids like THC that bind to receptors in the brain are found in a part of the brain called the amygdala [1]. When thinking about the amygdala, one word should come to mind. Fear. It governs our reactions to stimuli, or “an event that causes an emotion that we see as potentially threatening or dangerous” [2]. The amygdala responds to THC by enhancing the existing neural communications. In essence, it amplifies whatever feelings are already there, making them better or worse. This is especially true of those who are new to using cannabis. At times, THC can over excite neural pathways, leading to paranoia, anxiety, or fear.

While researchers aren’t totally sure why this happens, it is believed that the answer lies in the endocannabinoid system. Endocannabinoids are naturally produced and fill receptor sites throughout the body, but there are instances where a shortage may occur, such as when someone is exposed to excessive trauma and stress. THC and other cannabinoids found in marijuana generally replenish these shortages and bring about a therapeutic effect, however, it may also overexcite the neural pathways, leading to paranoia, anxiety, or fear. Overall, it is common for people to have experiences on either end of this spectrum [1].

Scientists at Oxford conducted a study about the relationship between cannabis and paranoia in which they administered either THC or a placebo to 121 people between the ages of 21 and 50 [3]. (An injection was given to ensure the accuracy of the dosage.) Two thirds of participants received the THC, and one third the placebo. The dosage of THC injected was equivalent to the high one might receive from a regular joint. After being injected, the study group was asked to walk to the hospital cafeteria to buy an item of their choice. They were then led to a lab where virtual reality headsets were worn displaying a social situation in which there were no antagonistic characters or negative stimuli [4]. Afterward, participants answered questions about how they were feeling. Interestingly, 50% of those given the THC felt paranoid at some point, compared to only 30% who received the placebo. By conclusion of the study, researchers were not able to prove that cannabis was the actual cause of the paranoia, but that it can induce a variety of experiences which may lead to a greater sense of paranoia. In short, some people react negatively to the feeling of being high or the experience of having an altered mind state [3].

Published in Scientific Reports, a multi-year study out of Western University in Ontario, Canada is one of the first of its kind to look at the “divergent psychological effects” produced by THC. The study used rats to determine whether different parts of the brain are more or less susceptible to negative reactions from THC. It was determined that “if it’s the anterior (front) part of the brain, consuming marijuana will produce rewarding effects (i.e.: feelings of ease, reduced anxiety, and joy). If it’s the posteroir (back) region that’s most sensitive to THC, it will produce negative reactions (i.e.: paranoia and fear” [5]. One of the researchers for the study, Steven R. Laviolette, PhD stated, “Once we figure out the what molecular pathways are causing those effects in different areas, then in the long term we can work on modulating THC formulations so they don’t active those specific pathways…That’s the really long term goal of what we’re trying to do here” [5].

Whether medical marijuana will help your condition depends on many factors best evaluated by a medical doctor. If you feel you may benefit from medical marijuana, the first step is to take our eligibility survey. In just 5 minutes, you could pre-qualify for a recommendation. An Ohio medical marijuana doctor can then determine if you qualify during an in-person exam. For more information, visit https://docmj.com/states/ohio-medical-marijuana-card/.