Why Isn’t Medical Marijuana Sold in Pharmacies in Ohio? 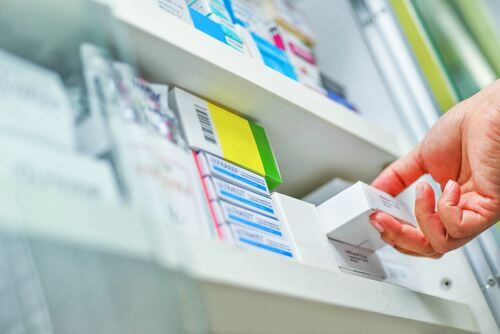 History of Marijuana in the United States

During the early years in the United States, the growth of hemp was not only common, it was encouraged. Hemp was used to make rope, sails, and even clothing. In some places, hemp could even be used to pay taxes. Hemp was considered so crucial that in 1619, The Virginia Company decreed that every property owner must” grow 100 plants specifically for export” [1].

Hemp production flourished well into the nineteenth century. Around this time, William O’Shaughnessy brought some of the medicinal uses or marijuana to light. By the mid 1800’s, medical marijuana products were available for purchase in many American pharmacies. Marijuana was also accepted into the US Pharmacopeia at this point, with use becoming widespread.

Going in to the 1900’s, both laws and public view of marijuana began to shift. Marijuana products were limited to pharmacies and required a prescription to purchase. Interestingly, one of the first states to criminalize marijuana products was California in 1913 [3].

In the 1920’s marijuana regulation went national, with lawmakers passing bills stating that narcotic regulation should be the same across all states. Later, in 1937, the Marihuana Tax Act was passed. This made recreational marijuana federally illegal. In the ‘70s marijuana use for any purpose was outlawed by the Comprehensive Drug Abuse Prevention and Control Act of 1970.

As the decades continued, though, certain places did begin making exceptions for certain people. In the ‘90s, the city of San Francisco voted on Proposition P, which showed support for medical marijuana. This led to the encouragement of law enforcement to not arrest those using marijuana with a physician’s recommendation. In 1996 California became the first state to legalize medical marijuana after passing Proposition 215.

So, if medical marijuana is legal, used for medicinal purposes, and is recommended by a doctor, then why can’t you pick it up alongside any other prescription? Unsurprisingly, the answer is slightly more complicated than it would seem.

One of the main obstacles facing pharmacies carrying medical marijuana, barring legal reasons we will look at later, is the stigma. Despite the leaps and bounds in acceptance of medical marijuana use, some people still believe it to be mainly used recreationally. This is especially true in older generations and looking back at the history of marijuana in the United States clarifies that. Between the 1930’s and 1990’s marijuana use of any kind was largely looked down on, with mainly younger generations petitioning for its legalization.

This thought also extends to scientific research. Previously, high quality research on marijuana and its effects was very rare. Even today, with easier access to highly regulated and pure marijuana samples, the kinds of studies pharmacists and physicians look for are only beginning to be published. In general, randomized controlled trials are the gold standard of scientific evidence. However, these studies are time consuming and usually expensive, so it’s only recently that many post-legalization studies are being released.

Legally, pharmacists are also in a tricky position. In some states, the pharmacy board oversees some aspects of their medical marijuana programs, but still require the use of dispensaries. This is because, despite state laws, marijuana is still federally categorized as a schedule 1 substance with no accepted medical use. If a pharmacy were to carry and distribute such a substance, it would be at risk of losing their DEA license.

Though this is the case for now, things may be changing. After all, despite marijuana being illegal according to the federal government, doctors are not at risk of losing their jobs for recommending it to patients and, according to a Colorado court, insurance companies are required to pay out on policies for marijuana-based businesses. Many pharmacists are even putting pressure on the government to reclassify marijuana and believe that it is important to learn as much as possible about any substance that could help patients.