Why More Seniors Are Choosing Medical Marijuana in Ohio 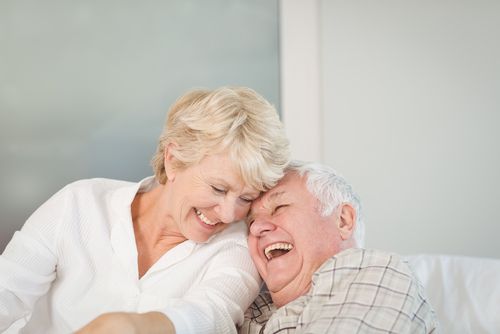 A large segment of Americans is getting older. By year 2050, the population of America 65 years or older will be an estimated 83.7 million people. [1] Cannabis use is increasing among these older Americans. Between the years 2000 and 2015, cannabis use for persons older than 50, changed from 1% [2] to 9% past year usage. Medical marijuana is even gaining popularity among people in their 70s and 80s! [3] This blog will discuss why seniors are now choosing to take medical marijuana.

It is being noted that seniors are deciding to use medical marijuana because it often will work, when their current medications are not working sufficiently. Many of their medications’ adverse effects are decreasing their quality of life. Medical marijuana is not addictive unlike many prescription drugs. On top of that, some seniors may have to decide between eating or getting their medication, with prescription medications costing too much for their budget.

Social attitudes are shifting, from a negative perception that was sold and maintained to the public via the media for eighty years, to a positive one. In 2006, Wang and Chen did a study which suggested that attitudes changed more easily, when the issue becomes more relevant.  When a person is in a health crisis, it suddenly becomes more relevant to them, and they become open to new ideas. [2] Many seniors are overcoming their initial reluctance to consume medical marijuana, for a number of reasons. These reasons will be discussed below.

One reason that seniors are choosing medical marijuana is that their chronic ailments are frequently under treated or misused by prescription medications.

Doctor David Casarett, a neurologist, performed interviews with his patients concerning medical marijuana.  He states that he found several takeaways from these discussions. The first was that, YES, medical marijuana did indeed have benefits.  Also, medical marijuana helps a number of conditions which might be under treated or misused by prescription drugs:

Seniors want safer options than prescription drugs.  They want to be more in control.  For example, people that have pain issues can often utilize medical marijuana to get pain relief, while still being able to safely care for their children.  They want to be able to continue working at their jobs.

Neurologist David Casarett M.D.  States that the feeling that they have lost “control” occurs with patients who have chronic diseases. Sometimes their functioning is decreased. Other times, even their cognition is impaired, either by the disease process or by the petrochemical drugs they are taking. They feel their body has betrayed them, in that others may have to assist them.  This is terrifying, and they want their control back.  They like the fact that with medical marijuana, they can control when they take it as well as the form that they take.  If one dosage is not effective for them, they can change it without permission. They also like that medical marijuana is often working in ways that other pharmaceuticals are not. Part of the increased control with medical marijuana, is that it has less addictive potential than caffeine in coffee.

A great benefit is that medical marijuana cannot be overdosed.  Medical marijuana’s side effects are usually dose dependent and are comparatively mild. On the other hand, prescription drugs have 2.2 million serious adverse effects.  Severe organ damage and death are among them. Chronic use of prescription drugs often leads to new chronic diseases. It is disease maintenance, at its best.

Because of seeing the financial loss that occurred with their parents, today’s seniors are now wary.  They saw how their parents saved throughout their lifetime to gain a nest egg for their retirement.  However, the cost of treatments for these parents to maintain chronic diseases consumed their savings quickly. Often, it took only one parent to use up their entire lifetime savings.  This often occurred, even if they had good insurance.