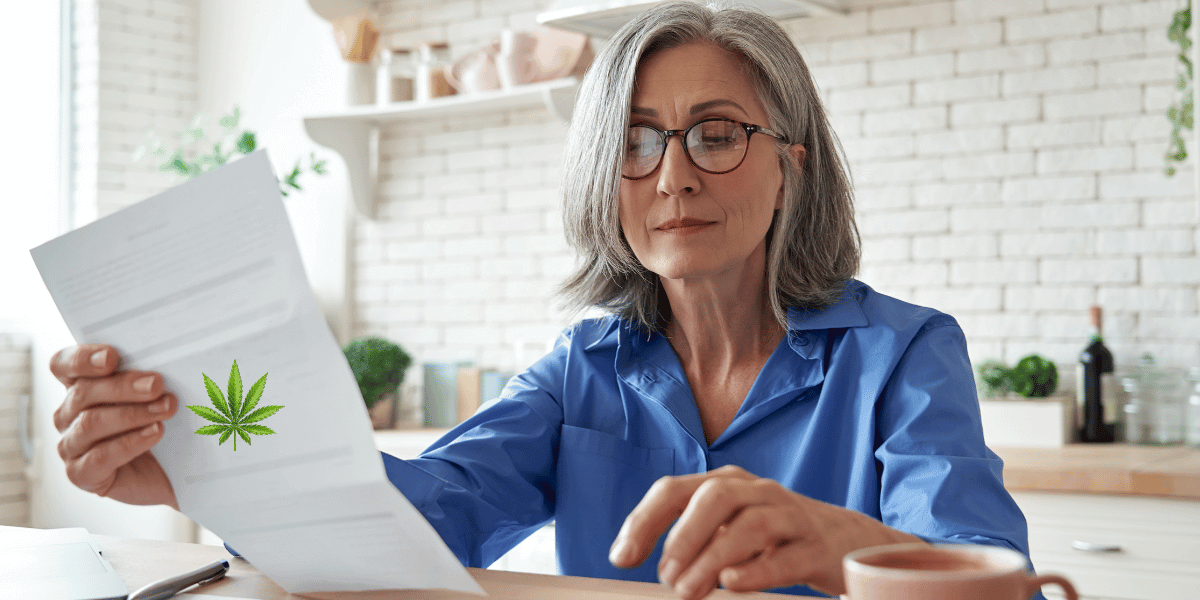 If you are a patient with a medical card, using doctor-supervised cannabis may have been a game changer in many ways.  Some patients are now managing their symptoms much better than they were with prescription medications and other types of treatments. And for some, it is not only more effective, but it is also less expensive than conventional medications.

You can understand why patients are disappointed that medical cannabis is not covered by their health insurance plan.  It would make it even more economical for patients that rely on it daily for symptom management.  And if they are a registered patient using cannabis as part of a doctor-supervised plan, it may be hard to understand why insurance companies do not subsidize it.

The progress toward federal decriminalization is picking up momentum.  And with that, some people hope that medical marijuana supplies (and doctor fees) will be covered one day. It would help to subsidize costs for patients who choose medicinal cannabis for long-term care.

But what are the chances we will see health insurance companies covering all (or part) of the costs patients incur? Many patients are wondering what would have to change to see medical cannabis covered by their health insurance policy.

Cannabis is Classified as a Federally Prohibited Substance

But what if the federal government rescheduled cannabis? For example, cannabis could be rescheduled for medicinal use as a Schedule III, IV, or V drug.  That includes prescription medications that contain small amounts of narcotics and non-narcotic drugs.  And also includes common medications such as anti-anxiety, sedatives, stimulants, and certain analgesic drugs for pain relief.

That would make possession of small quantities of cannabis legal.  And eliminate criminal charges for personal-use amounts.  It would also be good news for anyone who received a non-violent and non-distribution criminal charge for cannabis. As it would pave the way for mass expungement of previous records.

But while the decriminalization of cannabis would benefit millions of Americans through mass expungement and save hundreds of millions in cannabis enforcement and incarceration, it would not move the dial for health insurance coverage.

Health Insurers Would Need Cannabis Added to the Formulary

Health insurance companies will not cover any drug that is not added to “the formulary.” And the list of medications on the drug formulary varies by health plan and health insurer.

In order for cannabis to be added to a drug formulary, it has to be approved by pharmacy and therapeutic committees employed by your health plan. And unfortunately, these committees only consider drugs that have been approved by the Food and Drug Administration (FDA).

President Biden has endorsed more clinical human studies about cannabis and health conditions.  The goal is to get more evidence-based research that could lead to FDA approval of medical marijuana. On December 2, 2022, H.R.8454 – “Medical Marijuana and Cannabidiol Research Expansion Act” became law.

The law included the following provisions to make cannabis research easier in the United States:

However, when the FDA approves a new drug, it also grants a period of time when a pharmaceutical company can have exclusive rights to both produce and sell the new medication.

That shift could allow big pharma companies such as Pfizer, AstraZeneca, and others to own and control the exclusive right to produce, formulate, and sell medical cannabis. And that means no one else would be permitted to provide it to patients.

There are some herbal remedies that can be covered by health insurance, depending again on the policy and insurance provider.  And it is categorized as “alternative health” for coverage on most plans.

For many health insurance companies, coverage for alternative health treatments is limited. And it does not include medical cannabis.  Particularly if the patient has seen better results and symptom management with a doctor-supervised medical marijuana treatment plan.

What is frustrating for some to grasp is that the FDA has approved synthetic prescription medications dating back to 1985, when it approved Marinol.  The Food and Drug Administration has also approved Cesamet (2006) and Syndros (2016).  But Epidiolex, which was approved by the FDA in 2018, was the first prescription medication to be approved that contained natural hemp cannabinoid extracts.  Approval of cannabis in different forms remains off the list.

For patients who have an HSA plan, there is also no option to cover medical cannabis expenses. That includes doctor visits, follow-up appointments (to remain on the state patient registry), or cannabis supplies used as part of a doctor-supervised treatment plan.

At the time of writing, there are no health insurance plans that cover the cost of cannabidiol (CBD).  With the exception of FDA-approved prescription medications made from synthetic cannabis.  And those are exclusively for the treatment of epilepsy.

Furthermore, there are many clinical studies that suggest cannabidiol is more effective when combined with small amounts of THC. And some of the medicinal properties of THC are also believed to work better when combined with terpenes and cannabidiol. This is known as the “entourage effect,” and how it works is not completely understood yet.

Will health insurance companies eventually cover doctor-prescribed cannabidiol (CBD) in the future?  Maybe. Because the cost of prescription medications to treat epilepsy is rising, some health insurers may offer coverage.  Even if it works better to manage symptoms for the patient and because it may be less expensive than the cost of prescription medications for epilepsy.

The FDA-approved medications for epilepsy are covered by health insurance plans. And one day, we may see clinical-grade cannabidiol fully covered for more health conditions, as well. However, having cannabis and cannabidiol recognized as “medicine” eligible for health insurance coverage may be years away.