Will Florida Ever Legalize Recreational Marijuana? 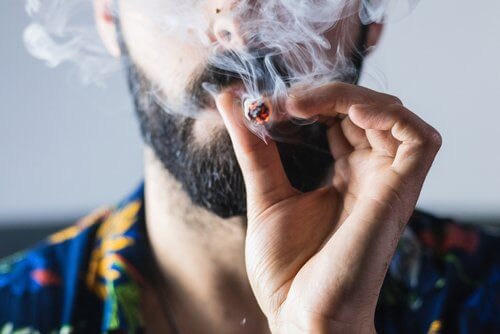 The battle of marijuana reform in Florida has been quite a long one. Though legalization efforts began in 1978, it did not come until 2016, and it came in the form of Medical Marijuana. Will Legalize Recreational Marijuana happen in Florida?

The state allowed Floridians with a qualifying debilitating health condition to purchase and use medical marijuana products from a certified Medical Marijuana Treatment Center (MMTC). This pre-qualifying survey will tell you if you might qualify for your medical marijuana recommendation.

Four years and many growing pains later, Floridians still do not have full access to marijuana products. The majority of the population wants to know: will Florida ever legalize recreational marijuana?

Timeline of Marijuana Reform in Florida

To better understand how Floridians handle marijuana reform, it is essential to look at the legislative history.

As you can see, it has taken quite a few battles to get to where we are today.

There are currently five initiatives catered towards expanding the marijuana program in Florida.

The requirements needed to get an initiative certified for Florida’s 2022 ballot are as follows:

Another initiative that may appear on the ballot is The Florida Medical Marijuana for Mental Health Disorders Initiative (Initiative #18-02).

As of November 22, 2020, the Florida Division of Elections showed that only 373 valid signatures had been gathered.

Another initiative that may appear on the ballot is The Florida Medical Marijuana Plants Initiative (Initiative #18-05).

As of November 22, 2020, the Florida Division of Elections showed that 3,981 valid signatures had been gathered.

Another initiative that may appear on the ballot is The Right of Adults to Cannabis Amendment (#15-20). This was an initiated constitutional amendment that did not make the ballot in 2016 and is trying again for 2022.

This Amendment guarantees the right of people twenty-one and over to possess, use, and cultivate marijuana, giving the state the power to regulate its purchase and sale in the interest of health and safety.

As of November 22, 2020, the Florida Division of Elections showed that 9,886 valid signatures had been gathered.

The Florida Marijuana Legalization Initiative (#16-02) could appear on the Florida ballot as an initiated constitutional amendment on November 8, 2022.

This regulates marijuana for limited use and growing by those who are twenty-one years of age or older. It requires the state to adopt regulations to issue, renew, suspend, and revoke licenses for cannabis cultivation, product manufacturing, testing, and retail facilities. Local governments may regulate facilities’ time, place, and manner and, if the state fails to act timely, may license facilities.

It was designed to legalize possession of up to one ounce of marijuana by residents at least 21 years old. Floridians would be allowed to grow up to six plants per household, but only three or fewer plants could be flowering. The marijuana plants would need to be grown in an enclosed, locked space and sales of the homegrown flower is not allowed.

As of November 22, 2020, the Florida Division of Elections showed that 74,113 valid signatures had been gathered.

This allows those 21 years or older to possess, use, purchase, display, and transport up to 2.5 ounces of marijuana and accessories for personal use for any reason. Medical Marijuana Treatment Centers would be able to sell, distribute, or dispense marijuana and marijuana accessories as long as the products are labeled and in childproof packaging. Advertising or marketing targeted to persons under 21 is not allowed, and marijuana use in a public place is prohibited.

As of November 22, 2020, the Florida Division of Elections showed that 555,265 valid signatures had been gathered.

There are a couple of initiatives that have a fighting chance in the 2022 election, and by doing your part in the voting, you can help get them passed into law. However, do not get your hopes up for a quick and pain-free process. It has taken years for Florida to allow smokable medical marijuana and edibles to qualifying patients. It does not seem likely that passing recreational laws will be any easier.

For now, Floridians who have a qualifying health condition are eligible for their medical marijuana license, which allows them to purchase and possess medical cannabis products. If you are interested, book a risk-free money-back guaranteed exam with one of DocMJ’s many qualified Florida Medical Marijuana Physicians.