Will Marijuana Make Me Gain Weight in Ohio? 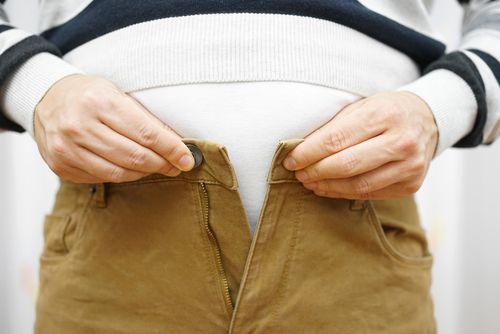 The correlation between weight and health has become a hotbed of political and social debate. With societal norms seemingly constantly changing and nearly endless amounts of research being done, it is no wonder why people have remained so interested in the answer, and the number of those affected by it is growing. Between 2013 and 2014, it was estimated that more than two in three American adults were considered either overweight or obese [1] and one in six adolescents were medically obese [2]. Combine this with the increasing accessibility of marijuana and more researchers are beginning to study the link between it and weight. In this post, we will look into what research has to say about marijuana use and weight.

Even outside of weight, marijuana has many effects on the human body, so it is common to have many questions. At DocMJ, we can help you find a nearby Ohio certified medical marijuana doctor. If you are curious regarding eligibility, we also offer a quick and easy pre-qualification exam!

The side effects of marijuana use are numerous and include psychological, behavioral, and physical changes. Likely the most well known of which, though, are “the munchies”. For the uninitiated, the munchies are intense cravings for food after consuming high-THC marijuana. If you would like to learn more about the munchies, and what likely causes them, we have an article on our blog regarding exactly that, located here! It is so common, that nearly every person who has consumed high-THC marijuana has encountered it and ended up eating a nearly impossible amount of food afterwards. So, if marijuana makes you hungry, it makes sense that frequent use would lead to weight gain, right?

Wrong, probably. A recent study from Michigan State University found that there was “inverse associations linking cannabis use and obesity and shows an inverse cannabis–BMI increase association” [3]. During the three-year study, though all participants gained weight, those who had used marijuana had a smaller increase than the others. Specifically, the research reports “Only 15% of persistent users were considered obese compared to 20% of non-users”. On average, though, the difference in weight between those who used marijuana and those that had not was small, but it was consistent. This finding correlates with earlier results as well. For example, a 2011 study found that the obesity rates between users and non-users hovered around 14.3% and 17.2% respectively [4].

Despite these results, the exact reasons for this are still unknown, though there have been several hypotheses put forward. The behavioral hypothesis states that those who regularly consume marijuana are aware of the munchies and change their behavior accordingly. This could mean that they eat less throughout the day or week, or simply buy less calorically dense food so they don’t snack on anything particularly unhealthy. Compared to a non-user eating a non-modified diet, they may end up eating less calories overall despite their munchies.

Another hypothesis points to the endocannabinoid system. As we know, the ES is spread throughout the body, with cannabinoid receptors located in the nervous, digestive, and vascular systems. It was previously found that upon ES activation, an organism derived more pleasure from food and experienced stronger cravings. Therefore, by blocking these receptors with certain cannabinoids, feeding may be reduced. Despite early research proving disappointing, more recent findings have given stronger results [5].

Still more speculate that marijuana users today are just plain different from the stereotype of days past, and in fact may overall be more active. Many people are incorporating marijuana into recovery programs and athletic endeavors, leading to more users keeping weight down.

On the other hand, string cravings and more enjoyment from food can definitely lead to some users gaining unexpected weight, especially those leading less-active lives. Though this could be detrimental to some, it is proving to be a huge positive for some patients.

For instance, those who are HIV positive are at risk of developing AIDS later on. Along with an increased risk of infection, AIDS patients often develop wasting syndrome. . Wasting syndrome occurs when a person loses at least 10% of their body weight, plus at least thirty days of weakness, diarrhea, and fever. Wasting syndrome can also be a sign of other diseases, including cancer, heart failure, and COPD. In such cases, keeping the person’s weight and energy levels high can be critical.  For this reason, some patients have turned to marijuana to increase their desire for food.

For others, some research found less desirable results. A study done in 2015 showed that marijuana can influence both the pancreas and lipid metabolism, leading to marijuana users having higher levels of visceral fat [6]. This is important, as visceral fat has been linked to a higher risk of many severe health risks, giving it the nickname “active fat”. Visceral fat sits behind the abdominal wall, compared to subcutaneous fat, which is found directly under the skin, and surrounds several vital organs.

Overall, the research behind marijuana and weight is largely inconclusive. There are definite trends, considering the amount of studies that have shown marijuana smokers as having lower weight on average, but the reasoning behind these are still unknown. Despite this, marijuana is also being used to increase weight in some people who are at risk due to low weight. It is also possible that, though marijuana users may have lower overall weight, the distribution of fat is also affected, leading to may more detrimental effects.